Here you'll find the latest and greatest in news about Subeta. Scroll through for the latest or browse the archives for older updates. 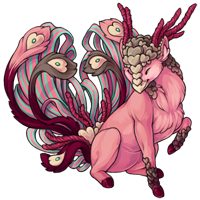 Esmee the Sweetheart Yaherra has won the Pet Spotlight!

Anabelle the Sweetheart Yaherra has won the Pet Spotlight!

Items you can find in the CW Shops
With the introduction of the our new subscriptions (thank you to everyone who has subscribed already!!) and custom wearable vouchers we're looking to shake up the custom wearable market. BUT we want to share the decision making for the market that so many of you have poured so much creative energy, time and money into.

The concept and rules for custom wearables come from a long time ago, when we were worried about them overrunning the site completely with hundreds of items. :laughing: Well, we're now at tens of thousand items on the site and I believe we've crossed that bridge. Thousands of times. So, the new focus and guiding light for the CW market is to make it as easy and efficient as possible to submit an item and get it on the site, and just as easy to find the perfect CW to complete your outfit, for as few CSC as possible to continue to support the site.

We're starting to find where our creative focus is best spent (plots! events! features!) and it's not on pumping out new wearables (y'all have that COVERED), so, we're putting together a small group of users to work with us on three specific, near term goals:

1. Rules and Acceptance Criteria: The rules for custom wearables were made a long time ago, when we were worried about them overrunning the site completely. Well, we're now at tens of thousand items on the site and I believe we've crossed that bridge. So, my new focus for the CW market is to make it as easy and efficient as possible to submit an item and get it on the site, and just as easy to find the perfect CW to complete your outfit, for cheap.
2. Approval / Denial Process: If we relax the rules and lower the price (#3!) we expect significantly more items to come into the queue. We're interested in a solution where users can give each other feedback, and be part of the process for approving the items onto the site.
3. Pricing: If we make it easier to submit new items, we also want to lower the prices. Find a way to remove the slotting process overall and move all CW purchases to the shops (giving the submitter multiple copies, and reducing the price to shop are options) to streamline finding CWs to wear and buy.

These goals push us to make the market sustainable so that we have the resources to continue to build and improve the wardrobe and the other areas of the site and focus our staff creative energy building those long term goals. We're starting to reach out to users that we would like to be involved in this council this week, but if you would like to put your name in the ring please send me a smail with what you think you'll be able to bring to the above discussions. We're looking for people passionate about the CW market, from someone who just has an interest in custom wearables to someone who has submitted hundreds of items to the site.
07/13/20 8:04 pm Go to forum post
Posted by

The outfits page has been given a boost, with lots of new features!

➕ You can now browse publicly saved outfits!
➕ You can now search by username!
🔜 Autocomplete that field. Right now you have to fully type the correct username ☹️
➕ You can set your outfits between public and private. Your public outfits will show up in the public view!
➕ You can add items to your avatar from outfits without needing to put the whole thing on
📈 You can search by "most popular" which will show avatars that have been viewed and shared the most on the forums!
🧑 The very start of user profiles are coming together! You can click on the user who owns an outfit, and then the "view all outfits" directly from that page
🔜 A "block" showing recently public created avatars, and removing all of the fake stuff from that page. No real design for this *yet*
💬If you share the URL for your outfit, non-logged in Subeta users can view it! (this isn't great right now, it doesn't tell them to sign up or anything...)
👍🏼 It will also now have the correct meta tags, so if you drop the link in your discord, it'll show the image of the avatar!
🐛 All of the bugs with hair, and wearing your old outfits, should be resolved!
07/13/20 11:38 am 73 Comments
Posted by 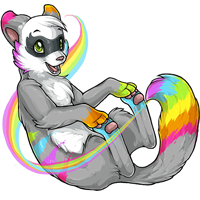 Phunky the Spectrum Pherret has won the Pet Spotlight!

We've overhauled the subscription system on Subeta, with a new focus on providing monthly plans that aren't centered around getting cash shop credits, but other benefits around the site. We've created four new tiers that progressively get better, with more bonuses around the site.

We're also introducing three perks as part of these plans.

There has been a lot of confusion around bonus weekends, they are gone for good. Instead, we're hoping to transition to cheaper items in the cash shop and more value for your dollar in the monthly subscriptions. In addition, we're going to start having sales that are not regular, monthly, predictable sales.

The Buddy GA lets you gift a GA to someone from their profile. This will give them 31 days of gold account, which adds on top of their existing time if they already have a GA. You can read more about the buddy GA here.

The vouchers are only redeemable in the custom wearable shops, and we hope will create more energy from purchasing from them!

Note: Both the Buddy Gold Account and Custom Wearable Voucher are account bound, and cannot be traded. You can purchase a CW with your voucher, and then sell it, though!

Existing Subscriptions: We had an existing subscription service set up called subscribe & save that we are shutting down. If you had a subscription you can cancel it with no cost to yourself, or keep it running! We won't be accepting any more subscriptions in this system.

Moving to more monthly recurring revenue gives us a much greater ability to forecast our income, and make better choices. Right now Subeta income happens either during sales or during the one week a month we'd reduce the price of CSC, which tells us a lot! We hope that these plans provide a little more "bang for buck".

The lowest plan is just $3 a month, and it's a tier that really means supporting Subeta. It takes a lot of money to keep the site running, the illustrators drawing and the UAs answering tickets, and even just $3 a month means keeping the lights on both as a stream of revenue and also a show of support.

These subscriptions are a first step to a more major cash shop overhaul, which will include reduced prices on custom wearables (both submitting and purchasing) and reducing the price of individual items or making them part of monthly packages. We're also working to create more "cosmetic" type items on the site (avatar borders, user icons, things like that - we aren't reinventing the wheel!) that we can make prizes for completing things on the site.
07/12/20 4:01 pm Go to forum post
Posted by 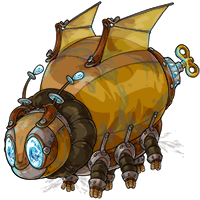 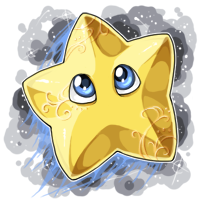 Pascal Dereumaux the Galactic Blob has won the Pet Spotlight!

Let's get the hard news out of the way: on July 20, the legacy shop page will no longer be available. This page will instead be redirected to the move-to-vault tool. This move is necessary because the page cannot be maintained any longer.

We will not automatically move items from legacy shops to vault yet, but this is something we've discussed for the future. We won't do this without giving y'all plenty of heads up!

We plan on making it so you can move things from account search and complete quests with legacy shop items. These features will be available on July 24.
07/10/20 12:02 am 53 Comments
Posted by 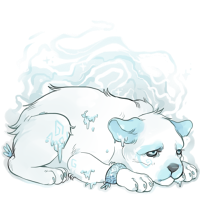 Understood the Custom Glacier Anyu has won the Pet Spotlight! 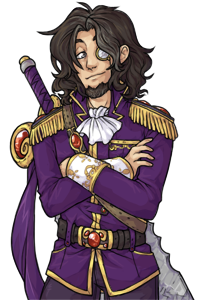 Saggitarius is the weekend quest! Do those quests for increased prizes and special rewards! 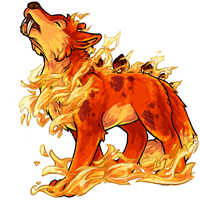 Joe Hill the Reborn Telenine has won the Pet Spotlight!

Learn everything there is to know about the warador with this new Subetapedia article.

Don’t forget to visit your best pal Raffles for your chance at a lifelike warador doll.
07/8/20 5:22 pm 18 Comments
Posted by