Clary has a minion! 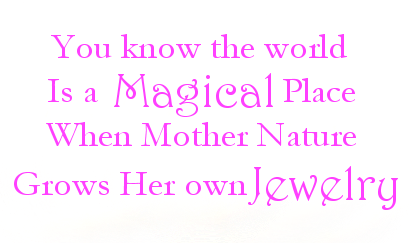 She'd never been more than a day's journey from her birth pasture until the day she felt a tug on her heartstrings. It was a sickness that affected all young mares of Gemmana at some point, one they both looked forward to and dreaded. It meant leaving behind the mother that had protected and encouraged and loved them for the last two years...but it also meant finding a mate they could protect and love in exchange for the promise of children of their own. At least she would have Shimmeri at her side. The little butterfly followed her everywhere she went.

Her mother had done well to settle on Jade Stretch. Blades of emerald grass stretched as far as the eye could see with the occasional patch of amethyst thistle adding a sweet and crunchy burst to every nourishing mouthful. For three days, Clary knew only easy eating and the friendly companionship of older mares who were happy to let her share their glow-fires and tell stories of their own great voyages many years ago.

It was on the fourth day that she came to the Unlivable Lands.

Clary had a very important choice to make. She could turn left and cross the Stinging Sands, an inhospitable desert full of garnet scorpions and diamond-encrusted snakes. She could stay the straight course and risk the Peridot Jungle full of all manner of hungry predators from amber lions to onyx wolves.

She turned right to face the unknown wonders of the Crystal Caverns. At first glance, they seemed like the safe option but looks can be deceiving.

The temperature gradually dropped until Clary could see her breath in a white swirl of fog. Massive crystals formed over billions of years had grown into fantastic shapes that created a sort of natural maze. The walls contained bits of ancient emerald leaves and citrine twigs and even a few sapphire beetles that added glints of blue to the ethereal blue-green light. Even when night fell, those walls never completely went dark. Clary found that gentle glow comforting as she huddled miserably under an overhang, wishing desperately for the long coats of the Northern Krystallian Long-Legs. She'd heard stories of the legendary tundra horses from her mother. She smiled as Shimmeri fluttered around her ears, trying to make her feel better. She would never be truly alone.

She was awoken by the snuffling of a rainbow porcupine. The testy little rodent could live in the most unforgiving climates and had the temper to prove it. Thousands of points in every color of the rainbow stood up on his back, each one as lethally sharp as a dagger made of diamond. Despite the stiffness in her limbs, Clary hoofed it out of there as quickly as her legs would carry her.

She learned to follow her ears to find water, but food quickly became a problem. What few bursts of emerald or peridot she could find were often jealously guarded by small rodents with big teeth. One could only tolerate the taste of jade lichen for so long.

Then a glorious bouquet of floral scents reached her nose, one that had been the death of many young mares fool enough to venture into the lair of the Great Opal Bear.

She was oblivious to her danger as she breathed in a dozen wildflower scents that nearly drove her mad with longing. Sardonyx poppies! Beryl daffodils! Sapphire forget-me-nots and topaz buttercups! There was even a cluster of pink diamond chrysanthemums... her favorite!

She had nearly eaten her fill when the sound of heavy breathing made her ears come up. Opal had stumbled into a patch of ruby berries the day before that were well beyond their prime. Hunger and greed had overcome common sense, giving the bear a very rough night. Her sluggish motions saved Clary's life that day. One look at that enormous bear with spiky diamond and shadow crystal fur sent her galloping out of that meadow at top speed.

Opal roared her frustration, shaking loose two dozen crystal stalactites from the cave's roof. What her milky eyes failed to reveal, her onyx nose could detect just fine. She wasn't called the Terror of the North for nothing...and she was a notoriously sore loser.

Clary had no idea of her danger as she braved the vast aquamarine lake, stepping gingerly from one turquoise boulder to the next. She looked down in wonder at the carnelian koi that were nearly her size. She remained in blissful ignorance while walking the topaz grasslands where annoying citrine grasshoppers might launch themselves into the air at any minute, their spiny legs tickling her legs, her flanks, her underbelly. She STILL remained oblivious while galloping the narrow lanes of Alexandrite Canyon, the sound of each striking hoof echoing back in a maddening symphony that drove her to run just a little faster despite her growing exhaustion.

Her heartstrings were singing in anticipation. She could almost smell the sweet cinnamon scent of her mate's ruby mane.

The sudden appearance of the great white bear brought her up short just as the walls of the final channel were narrowing. She stumbled to a halt, her front legs slashing the air in shock and warning.

Opal's gums peeled back to reveal savage onyx teeth and a tongue the rich pink of a raw spinel.

Clary was all alone, facing the greatest danger of her life...

Clavian had felt the tug as surely as his mate. The male's task was to await the arrival of his mate, to let her come to him so they could finish the journey together. He'd always been rather adventurous and impulsive, born in the wilds after the paradise his own parents had found was destroyed by a volcano. He was big for a stallion, big enough to make even a bear think twice about attacking. Opal could smell strength and endurance and an iron spine that wouldn't be intimidated by a few roars and paw swipes.

A fine-boned mare with no fighting experience was one thing. A battle-hardened stallion with an attitude was quite another. Despite her size and reputation, Opal was really kind of a coward. She turned tail and ran.

Stallion and mare pranced around each other in celebration, drawing closer with each strike of their hooves until her head was resting on his back.

They hardly noticed the perils of the Sandpit or the Bubbling Muck on the last leg of their journey. When they laid eyes on Paradise Waterfall, they knew without a doubt that this land of ancient jade oaks and golden topaz maples was where they would settle down and raise a family and grow old together.

Bliss for letting me adopt her~ <3