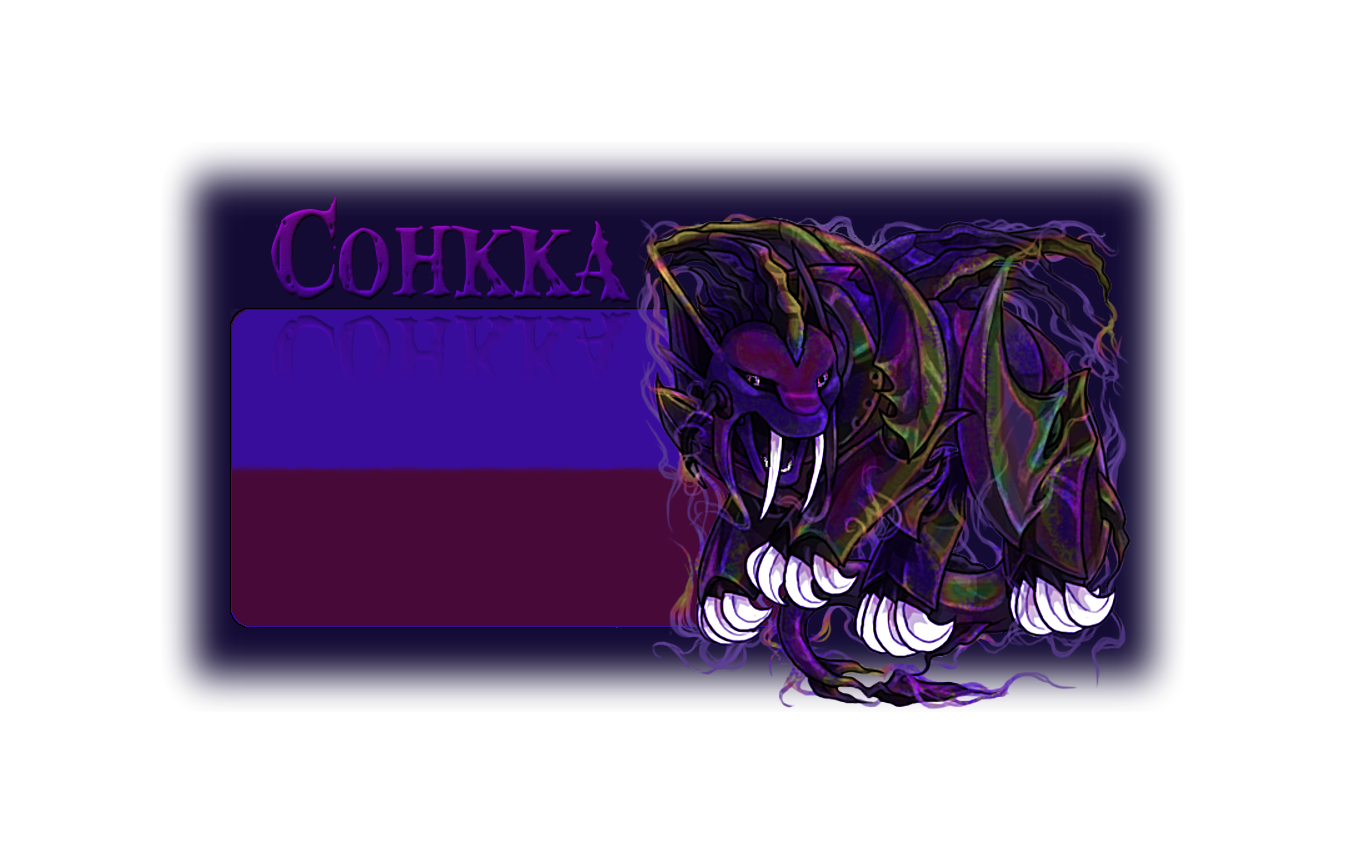 His studio apartment is right in the heart of downtown Centropolis. The deco is a mingling of black and silver contemporary furnishings with the occasional flash of red for accent. The effect, when viewed from a distance, gives one the feel of being a loose musical note. One wanders the narrow halls of a sheet of music, daring to boldly challenge the placement of sharps and flats without ever quite going far enough to fall off the page.

His love of music is apparent in everything he owns. His stereo equipment is top-notch, with speakers that nearly take up a full wall. The stools at the bar are clever creations of iron shaped into treble clefs. The carpet gives one the impression of dancing on piano keys and wide picture windows look out directly on Subetan Central Records, the premier recording studio for all of today's hottest musical talents.

Cohkka practices his cello in the early light of dawn, eyes half-closed in pleasure. He's always had a talent for feeling the music. It's not merely a matter of listening...it's a subtle vibration in his joints, his bones, just under his metal skin.

The selections that will be played in today's concert are all songs he knows well but his perfectionist nature will not allow him to skip a day of practice.

is waiting by the door, batting his keys into his direct line of sight and growling when he tries to leave without eating breakfast. He flips on the radio as he chews, patting her head in thanks. He has to flip through a few stations before he settles on a symphony he particularly likes. He'll listen to just about any genre with the exception of rap. The lack of true musicality and the tendency of artists who use language fit for no chibi pet always makes him gag.

When he gets to the concert hall, he finds the other musicians in his row in various stages of setting up. Some are assembling their instruments while others study the more complex passages in the sheet music. Once his cello is in place and ready, he closes his eyes and simply listens. The sounds of daily life are their own kind of music.

"I hear we're doing the usual "Lain Lake" for the spring set and that our Luminaire concert will be a new take on "The Princess and the Xotl. At least it's not "The Steadfast Cadogre Soldier again."

"You would not believe these new neighbors of mine, always complaining that I play my music too loud when they've six noisy youngsters bouncing off the walls at all hours of the night."

"That new bistro on Ruffie Street makes the best macrons I've ever tasted...even better than Fantine's. Just don't tell her I said so!"

Silence falls once the conductor takes his station.

The Subeta Philharmonic Orchestra opens with a flourish of triumphant notes. Their current program, Lands of Subeta, has moved even the hardened denizens of Darkside to tears at each performance.

Indigo Flame plays piano, earning a few red roses at the end of the hour. The legendary pianist was one of Cohkka's first teachers at the Centropolis Academy of Performing Arts and though he is in a sense her equal now, he will always be in awe of her talents and grateful of the time she took to make him the masterful musician he has become. He is one of half a dozen former students occasionally selected to join her in instrumental duets at the annual CAPA Holiday Fundraiser.

The musicians gather for complimentary tea and biscuits after they've greeted fans and well-wishers. A few bold young celinoxes even collect signatures on CD cases they've purchased from the gift shop. Cohkka has a bold green marker he chose specifically for such tricky autographs. He always keeps it in his pocket, even when he's off duty.

Though in truth, his biggest fans tend to recognize him when he's on a stage of a different kind. For many years, he has been both member of and muse for the symphonic metal rock band called Apocalyptica.

He does sets with the band two to three nights a week as time allows, rocking the house from sunset to sunrise. Gone is the sheen of polish that gives him a refined look. He becomes one with the rebellious, letting them know that he feels their pain and desire for redemption as surely as he feels the music.

The band has even named a song in his honor. "Cohkka" has stayed on the top 100 list for three years running.

He delights in the post-concert parties, sharpening his wits on those unsuspecting youths who want to look cool without really knowing anything about music. His comments are uproariously funny but woe to you if you ask him to repeat one. Because his livelihood depends on skillful listening, he is not tolerant of those with short attention spans.

When he powers down for the night, whether in his posh apartment or in the back room of a club, he still hears the music of the day in his dreams.

Cohkka's name is based on the instrumental song 'Cohkka' by Apocalyptica. His story is a work of fiction and is not meant to infringe on any copyright laws or reflect in any way on the real band.

The word 'apocalyptica' is a Latin adjective pertaining to the Apocalypse/Book of Revelations.

Apocalyptica is a Finnish symphonic metal band from Helsinki, Finland, formed in 1993. The band is composed of classically trained cellists Eicca Toppinen, Paavo Lötjönen, and Perttu Kivilaakso (all three of whom are graduates of the Sibelius Academy in Helsinki), and drummer Mikko Sirén. Originally a Metallica classical tribute band, the band eventually adopted a neoclassical metal style without the use of conventional guitars. They have sold over four million albums to date.

Apocalyptica are true explorers, always seeking new frontiers and uncharted territories in which to express themselves. With Cell-0, their 9th studio album, the ambitious and electric quartet have not simply returned to their non-vocal roots, they have traveled deeper and further into the universe of instrumental music than ever before. That first love and passion which fueled the group to form during 1993 in Helsinki now carries richer layers of knowledge and experience, which in turn have led to the band to a fundamental realization and creative path.

"We wanted to challenge ourselves to find further flavours in the cello itself," says cellist Perttu Kivilaakso "had we found them all? Had we explored every corner to find them?"

"We went about creating Cell-0 as a full piece of art and not thinking about singles or ‘the timing of singles’ or anything like that," continues Eicca "it’s challenging to get all the details and colours right and still have the energy of being a real metal cello band." continues Eicca. "So that was the main goal for us when doing this album, to have those two very different worlds connecting to each other in a stronger, more explorative way than ever before."

The genesis for Cell-0’s creation arrived as Apocalyptica were busy revisiting their initial breakthrough turf on tour. During 2018’s 20th anniversary tour celebrating their genre-breaking debut album Apocalyptica Plays Metallica By Four Cellos, the importance and potential of their roots started to take on deeper proportions.

"We found that these concentrated instrumental events helped us to find ourselves better than on other albums," explains Perttu, "this ‘real’ connection between the cello and the audience was renewed, and made us want to both self-produce and lure ourselves to find the real core of why we began and why we started. I think it is braver and more progressive in terms of the writing."

As the band began their journey at Sonic Pump Studios in Helsinki, it was clear that such discoveries were not going to come easily. Yet afforded the freedom to explore and create without the constraints of format or schedule, Apocalyptica were invigorated by the process.

"On Cell-0 you can clearly hear that we did not take the easiest path," chuckles Eicca, "when we might’ve thought something was good, we’d then say it wasn’t great, kick it out and work at it again. And that’s been the tool for us to develop the songwriting, the arrangement, the production, every aspect of making this album. It’s a hard process to be in the studio for a couple of months and keep on challenging yourselves every day for twelve hours a day, but that stamina is something you learn in your career. Some bands get lazy and just release albums that don’t bring anything new to the table, that’s not our way of working."

In pushing themselves to find other places and levels in their music, Apocalyptica opened up to some seemingly unorthodox methods and emotions to travel through the creative process. The result is an album which engages the listener in a myriad of feelings and emotions ranging from the raging thrash of ‘En Route To Mayhem’ to the ethereal shroud of ‘Ashes Of The Modern World’ and the cinematic scope of ‘Call My Name’, something the band were hoping would happen.

"Millions of notes combine to create music just as millions of cells combine to create life, and when you visualize the whole thing, similar patterns appear. When you look at symphonic sheet music, it looks similar to starry skies, and when I look up at the sky and see the stars, I also see them as potential notes. There are people suffering, and people not treating our planet properly, so there is anxiety at the state of the world. Many of the songs on Cell-0 refer to the blindness and greed of humanity and what we should be doing. We discussed during the writing that this was a very important series of emotions and observations to express, especially with regards to ignorance. I started to believe that human ignorance should be treated as a deadly sin, as it is behind so much of the bad stuff currently around us." Explains Perttu.

"Writing music, at least for me, is about filtering experiences through your personality," furthers Eicca, who found himself listening to old favourites like Shostakovich, Prokofiev and Gojira in and around the time of co-creating Cell-0. "I start to play something, develop it and then just transfer my own emotions into the music. It varies a lot depending on the mood. These songs have so many layers, and are so complex, it’s not always easy to point out exactly what they are about. But I think that’s also the beauty of instrumental music, that the listener always can feel free to experience the same songs in very, very different ways. It’s also one reason why we don’t want to explain the songs before they’re experienced." 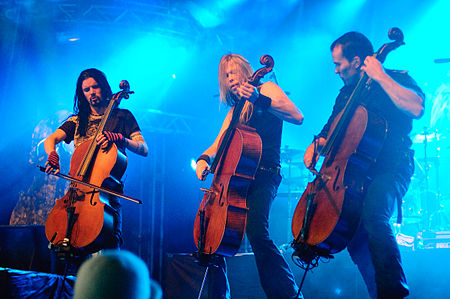 ashen.glaze for letting me adopt him. :)

A Portrait of the Rainsongs