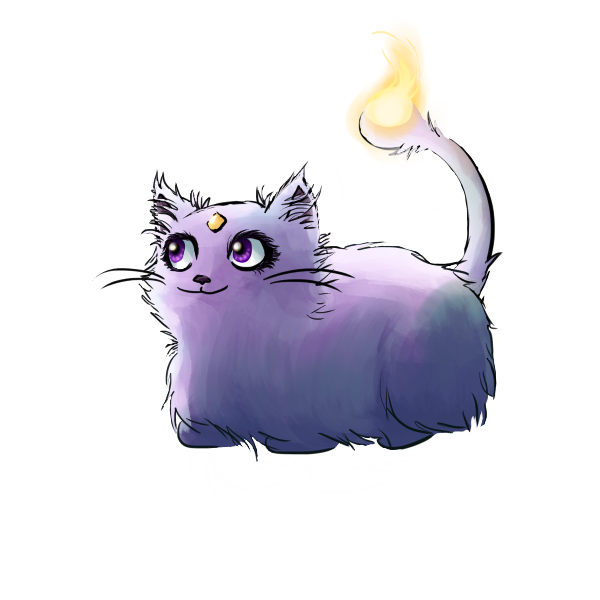 When Zindalian stands on the ledge outside the family cave barn, staring up with wonder at a million stars glittering overhead, he truly does feel as if he is standing on the edge of the world. The glowing face of the moon hangs so close and bright that he often reaches out a hoof as if to caress that gorgeous face. If only he could truly touch the majesty of Atebus!

It is almost painful to heed his mother's call and go inside for bed. The view from his bedroom window, while still impressive, is not as magnificent. As soon as he is sure his parents have settled in for the night, he is out of bed and standing by the window ledge, his eyes once more glittering with starlight. His dear companion Obsidian likes to crawl up on his shoulders and join his enjoyment of night's glory. They have both gotten very good at darting back to bed and pretending to sleep at the softest footfall in the hall.

His obsession does not come without a price. From a very young age, his classmates have teasingly referred to him as Sleepy Zin.

It's not as if he has no talent for learning. He is simply a night creature stuck in a world of day people.

It doesn't help that Math, the most boring subject of the day, happens to be his first class. His teacher is a crabby mortiking with horn-rimmed glasses who likes to call on him frequently, full well knowing he doesn't know the answer. If he paid a little more attention, he would realize his classmates fare no better but he is much too busy fantasizing about what it would be like to put on a space suit and seek out monsters of Atebus. One time he even blurted out "space fungus" as the answer to eight times seven. How embarrassing!

Recess is by far the best part of school. His best friends Bud and Sprite rely on him to come up with grand space adventures. On any given day they may blast off in the tube slide rocket, defeat a thousand oozing space slugs and rescue the beautiful galactic princess, all in the span of half an hour. On the weekends there is no cooler place to play than Zin's home-built cardboard rocket with crayon-drawn buttons and a replica Atebus Space Program badge glued to the side. That rocket has made more imaginary trips to Atebus than the real Subeta One.

Unfortunately, tonight is a week night. Seven boring hours of education are topped off with the cruelty of homework to be done. Zin shoots a jealous look toward the nursery where he can hear his younger brothers and sisters happily playing. The oldest of the lot is a year away from school, though Zin is the only one of the children that gets his own room.

Mom comes around the corner, ears twitching in greeting. She gives him the usual hug as he squirms in displeasure. "How was your day, dear?"

"Not so fast, Zin." Dad's voice comes from the kitchen, in a tone that is not to be ignored. Zindalian's ears droop as he goes to stand before the wide dining table. The blue paper in Dad's hoof tells him all he needs to know. Report cards are out.

"You're a smart boy, Zin. I know you can ace any of these classes but what I see here are C's and D's. Do you realize the message that sends to your brothers and sisters?"

Mom tries another angle, putting on those sad eyes that make Zin feel guilty. "We want what's best for you, sweetheart. We know how much it means to you to make it into the Atebus Space Program someday. We know how smart you are, but you must show your work so everyone else can know."

Zin sighs. It's the same argument every time. It might even be effective, if not for the fact that the Program only cares about high school grades. "I'll go work on my homework right now, okay?"

They're not convinced. Luckily, Aqua Littlehoof chooses that moment to start howling at the top of her voice. Dad gives Zin a parting look that says he had better not be caught daydreaming when his parents come to check on him.

Zin really does make an effort to do those dreadful math problems on his worksheet. After about five minutes he's laying beside the bright blue bookshelf shaped like a rocket ship, admiring his collection of snowglobes. Their round shape reminds him of his dear moon's face and he likes to pretend the little particles within are stars rather than snowflakes. He is muttering a poem about Ikumoradeekanox when Dad walks in.

Zin sits with head hung low as Dad once again lectures him. He crosses his hooves and refuses to leave the room as Zin struggles his way through the last three dreadful problems. Dad looks them over and makes him redo the last one before they go down together to share a meal. For his bad grades, he is sent to his room for the night.

Night cannot come quickly enough for Zindalian. As he waits for the sun to finish setting, he admires the Subetan Planet stickers stuck all over his walls. Glow-in-the-dark stars cast a gentle light from the ceiling. He will swear to anyone he knows that he has seen the mysterious quintet of unknown planets through his little plastic telescope, though in truth he has viewed only those stars that are closest to the face of Subeta.

Someday when he is older he will be the one to walk their surfaces and to tell all of Subeta what lies beyond the known.