Esu has a minion! 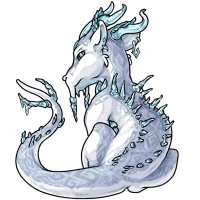 Seven years old. Esu had only been seven when she was recruited into the mage clan of Zann Esu, the clan for which she had been named for. It had been the dream of her parents that she would possess the innate ability to control the elements with ease and one day be accepted into the clan to further her natural gifts.

The recruiter for the Zann Esu must have seen what her parents had dreamed of. Even now, she could still imagine the feeling the sweat drip down her forehead and her heart racing as the mages told her of her destiny. From then on, she would study the art of magic under their care, no longer able to see her family. That revelation alone had brought many girls to tears. Esu had been so numb, she had hardly heard the mages’ words.

The female mages had ushered her outside, speaking grandly of their home near Caldeum, one of the largest cities in Kehjistan. As a child, she had daydreamed about seeing the grandeur of the capital, however her thoughts had been elsewhere. She glanced over her shoulder, watching as her parents waved goodbye, the place she had once called home growing smaller and smaller on the horizon. It was the last time she ever saw them.

Two decades later, Esu still studied the elemental magic diligently. The Zann Esu mages had taught her much about their pursuit for the ‘perfect magic’ and their destiny as a clan to ascend into the position of most powerful in all of Sanctuary. However, recent events had slowed their progression. The Prime Evils and their minions had become more active in Sanctuary, bringing destruction to many of the less populated villages and towns. Many of the areas attacked were inhabited by people without magic abilities, most unable to defend themselves against the likes of demons.

Tristram was one of the first to fall prey to the Prime Evils’ plans, claiming the lives of many and driving out the survivors. Even though a wandering hero had come to the town’s aid, their efforts were in vain. Diablo, the head of the Prime Evils, had already gathered too much power and was able to extinguish the hero and any of their followers that dare stand up to him.

At that time, Esu had been too young to take part in the war against Diablo and his minions. Now that she had reached her 25th year, and exceeded it, she was able to accompany other mages on their missions to save the inhabitants of Sanctuary. With two decades of studying behind her, Esu was ready to meet the demonic forces head on and win the war for Sanctuary’s freedom.

♥️ Coding and story by

Celestial (based on Diablo lore)