"My brain is wired all wrong,
And they'll agree because it's easier to say I'm gone,
It's time to face the truth in a song;
I've always told myself that it was never true,
Was never true..." 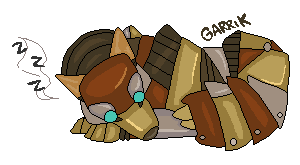 One piece, two pieces and more pieces, countless bolts, metals of all kinds - gold, silver, copper, bronze, nothing was enough if the experiment was not done for good. They experimented with various models, various techniques, and different methodologies until they could hear the trail of electricity buzzing inside the machine. Yes, my friends, it was alive!
All their study time, all their investment now would be very well rewarded. The team was small, had only three members: a physicist, an engineer and a madman, the latter responsible for that insane project. They succeeded in creating a large, solid robot, able to satisfy the desire for revenge that had led them up to that moment. The madman remembered exactly the face of death, the one who took away the great love of his life, in his belly. The robot was created in the likeness of that black wolf, with fangs as sharp as his, but with the difference of being entirely artificial, metallic, so that the advantage was in their side — death can't take away what isn't alive. The glow of electricity ran through the pipes and cables, and the metal wolf was ready for training — why, it was all programmed into the artificial brain.
A series of exercises here and there, the experiment was responsive. Yes sir, everything was scheduled as expected.
But was it, really? 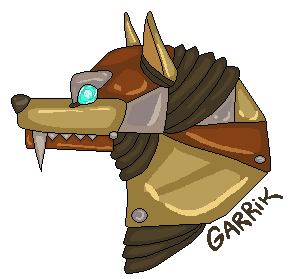 Released to the world, the robot began its trajectory of sniffing and finding the object of revenge of its creators, death itself. Each step was easy and controlled, he had no rush really. Except that the more time it took for the robot to get to its goal, more and more his selfconsciousness was growing. That was a risk the team could not take, for after all, they never really asked the robot if he wanted to go after death and kill it — if that was something feasible. The robot was delighted with the landscapes and creatures, slowly learning about life and its cycle. His consciousness expanded. Was he really capable of such a terrible task?

"Sometimes I think that I am the only one
Who's been built poor in the way that he runs,
But how can that be? Am I really that flawed?
I am not the only one!
And it'll never be true."

Save The Clock Tower Fund