Kanika has a minion! 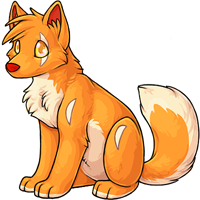 Nestled in the shifting sands of the desert rests the blooming oasis of Abydos. Sitting against the Nile, a temple stands proud as a symbol of power and prosperity. Within the walls of the city, fisherman, farmers and nobility alike mingle in the streets and go about their daily lives as usual.

Though most of the nobles tend to keep to themselves and simply ignore the lesser folk, deeming it unnecessary to communicate with them except to serve their own needs, one such did not share these views. Kanika, daughter of the pharaoh, found herself walking among the common people more often than spending time with those of her status.

There was a measure of peace to spend her time with them rather than the nobles. When they weren’t being forced to build temples or other structures, the common people were working up fields, fishing in the Nile or helping one another with other various tasks. The other nobles frowned upon Kanika as she took pride in helping the common people, farming and fishing side by side with them and helping provide for the rest of the city.

Wading into the shallows of the Nile, wiping the sweat from her brow, Kanika helps pull one of the fishing nets in, smiling at the fisherman as they comment of how nice it is to see the nobles getting their hands dirty for once. Before too long, however, her name sounds out over the river, calling her back within the temple. Returning to the stone protection of the temple, Kanika finds her father, the pharaoh waiting for her.

”My daughter, where have you been?” The deep voice of the pharaoh booms out and echoes across the temple walls, calling out to Kanika.

”I have been with the commoners fishing,” Kanika answered with a smile as she approached her father, giving him a slight bow of her head in respect.

”Why is it that my beautiful daughter feels the need to mingle with such filthy people?” From the tone in the pharaoh’s voice, it sounded as though he was upset by his daughter’s actions.

”For the health and happiness of those that serve us and prosperity of all. Why else, father?” Kanika responded, still smiling as she came to stand directly in front of her father. In truth, she didn’t like being around the nobles so much as they loved to be within the shaded sanctuary of the temple. To Kanika, it was far more enjoyable to be outside under the watchful gaze of the sun and in the company of the common people.

Her father was smiling now as he looked down at his daughter, reaching up to place his hands on her shoulders. ”Such a restless spirit… just as your mother was,” he said with a hint of sadness in his voice as he released Kanika.

”Worry not for me, father. The commoners know me and love me, and they love you in turn. I will be careful…” It had been the fate of her mother to fall prey to desperate commoners in a time of much unrest and turmoil within the city. Those were dark times in Abydos, and though the pharaoh and his daughter lived in more peaceful times now, there were darker times just around the corner.

♥ Art, Coding, Profile, and Story by

Charm of the Desert