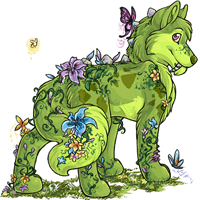 Times of war and hardship tend to bring others together, forging new bonds between strangers, alliances blossoming out of necessity. Such a time upsets the balance of Senra, calling for warriors to come forth and restore harmony. War is all I have known since childhood, disparity the only tune I have sung; yet a different voice has called out through the darkness, one of mercy and sanctity. One to draw Senra out of the bonds of war and into a state of peace once more.

My father, Athul, chieftain of our village, was an honest but stern leader. He led our people in such a way that they all knew they were an important part of the village; each one was a stitch in the perfect tapestry my father had sewn and none could fall out of place and mar the face of his village. He was no less rigorous in his teachings to me, ruling with a firm hand and strict tone. I didn’t know it at the time, but he was molding me into a leader, one that would take his place some day and rule in his stead.

People from the northern parts of Senra, lands uncharted by my fellow villagers, started to explore lower and lower, seeking untouched resources and ways to gain wealth at the land’s expense. They tore into villages, taking what they pleased and leaving corpses and hollowed huts in their wake. It was at that time my father finally decided to accept an alliance between our village and a neighboring one, Utak village, in exchange for one thing. I was to marry their chieftain’s daughter when we both were of age. I was bound by duty to do as my father requested, no matter my personal feelings. I accepted my fate at such a young age to become the binding force that could turn the tides of war.

We traveled to Utak village to meet with the chieftain, Makya, and of course his daughter Jailla, who was to be my future bride. My father seemed less than pleased when he saw the scrawny thing she was and her disobedient nature, though he said nothing. For the sake of all Senra, he needed this alliance.

A feast was held in honor of the new alliance between my father and Makya, filled with different foods, music and dancing that went well into the night. It was the last happy memory for years to last.

Once darkness fell and the village slept, the peaceful nature of the night broke into chaos. The northern strangers poured into the village, cutting down villagers and taking no prisoners. Confusion blanketed Utak as people scrambled and screamed, trying to make sense of the scuffle in which they found themselves. Blood stained the soil and bodies littered the ground as the attack persisted. My father’s people fought against the northerners, pushing back the attackers, neutralizing the battleground.

But it was too late. A scream cut through the pandemonium as Jailla bent over the still body of her father, a pool of blood seeping around him as his life slipped away. None of us could help, frozen with uncertainty… and then something amazing happened. In her anguish, the scrawny, seemingly powerless girl that was to be my future bride called forth a spiritual guide and willed it to tear down her enemies.

And the spirit did just that; it ripped through the battlements and easily took down enemy after enemy until they were on the retreat, running from something none of us understood. All we knew was that Senra had granted us the advantage we needed to chase out the tyrants and win back Senra for our own.When morning broke, however, everything had changed. The alliance we had forged just hours before stood on shaky ground as the chieftain had fallen. My father, ever the diplomat, wished to salvage the alliance for the sake of their land, and with some persuasion, he got the answer he was hoping for. I was still to marry Jailla when we grew older and our villages would merge as a result. With the immediate threat dissipated, my father lead our people back to our village in order to allow Utak to mend and recuperate from the attack. It would not be the last of attacks.

Years passed and war continued to rip at the land, excising her most precious of resources and leaving only ruin behind. The only promise of retribution was the power of the one I was to marry. The time to complete the alliance between my village and Jailla’s was at hand. Now grown, she led the warriors of Utak village, instructing them in forms of war only she knew of; and the use of their spiritual guides were the only hope the rest of Senra had. Together we could bring Senra back to its former glory… if only she would honor a pact made so many years ago.

Images and story not for reproduction or reuse