Halo has a minion!

"How cruel is the golden rule?
When the lives we lived are only golden-plated;
And I knew that the lights of the city were too heavy for me,
And though I carry karats for everyone to see..." 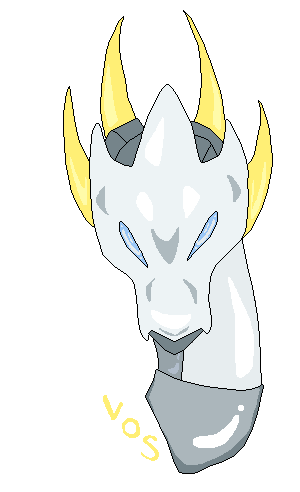 Built to perfection, it was finally ready. Probes, encoders, motors, chassis, suspensions, controllers, gears and cogs spread all over the room — it could be merely a bedroom but not for the group of students who had clear in their minds that that place was their laboratory, with a sock here or there or a pile of clothes on a chair by the bed. Their creation was ready to roll and it would sure be a success amongst the ladies, or so thought those lonely guys. And the name, that was easy: vincit omnia saltem (or just V.O.S), their new battlebot for the Robot Wars incoming at college.
They were sure nerds, yeah, but they were cool enough to design a nice appearance to their machine, for they had in mind an avenging angel to crash down enemies and look rad, and also, it was an idea cute enough to drag the ladies around. And again: "or so they thought".
But let me be the one to tell you, that robot they had really did get the attention of a lady.
Never would the group of friends have thought that one day, their creation was really going to come to life. It wasn't intended, after all, it was just for the fun of it, just a game. They didn't see her coming until it was too late.
The event they were supposed to go to called them on their phones, but no one of the group ever answered.

— "Shine bright, my dear. Shine bright and gaze upon your new master..." 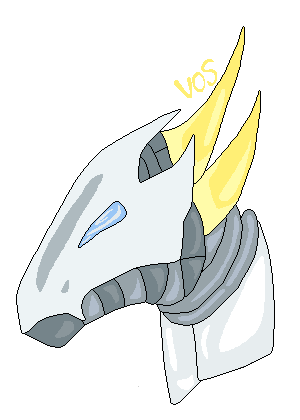 The angel blew life into the robot's mechanical body, and Vos was awake from that instant. Unintentional, sure, yet how would the group of teens know about the angelic creature that lurked above their heads while they concentrated in developing said machine. And Cira knew just right that the toy they were building was going to be the secret weapon to her governance, an ally nobody would dare face because of either ignorance — seeing as many angels were locked up in heaven for too long, too ancient to acknowledge of technology — or because of the much of physical will would it take to break such machine, seeing Vos was built for war.
As loyal as a good servant can be, the robot met every expectations that its angelic master had. Its strenght was brilliantly built, superior to the forces she could think of, and its will was zero, which means she had fully control of it and she sure knew how to use it. She didn't care what Vos would think about it, but she instructed him with one golden rule, a single order that the robot was going to obey: It would have to go around the world and capture all the angels who refused to fly back to heaven on their own, no matter what they were doing, who they were with or where they hid — and sure, everyone being a nightmare or a mortal or plants or whatever who opposed the robot should be punished. With their lives. After all, angels don't procreate, and Vos' master sure needs every angel she can find to join her army...

"And I saw God cry in the reflection of my enemies
And all the lovers with no time for me
And all of the mothers raised their babies
To stay away from me — and pray they don't grow up to be me..."

Thundercracker;
Story and art by Shepherd
We are not alike. Violet
It's not safe out here.