The Sorcerer has a minion! 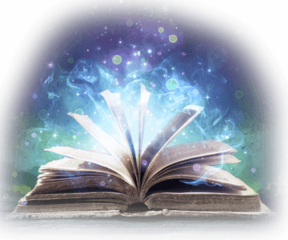 "In a land of myth, and a time of magic … the destiny of a great kingdom rests on the shoulders of a young boy. His name … Merlin."

Merlin who is known as Emrys among the Druids, is the hero and protagonist of BBC's Merlin. He is a warlock, the last Dragonlord in existence, the only son of Hunith and Balinor, Gaius' ward and apprentice, and the best friend and manservant of Prince Arthur. He is also a creature of the Old Religion and is the most powerful sorcerer to ever walk the Earth.

Unlike most sorcerers, Merlin was born with the innate ability to use magic. According to the Great Dragon, Merlin's birth had been prophesied by many cultures.

After leaving his childhood home for Camelot, Merlin became the manservant of Prince Arthur. From then on, Merlin began to protect and guide Arthur on his journey to the throne; according to the Great Dragon, it was his destiny to do so.

Merlin was also destined to become the greatest sorcerer to ever live; to use his powers to free people of magic and unite the Old Ways with the new; and to help Arthur reunite the kingdoms of the land into Albion and create an era of peace and prosperity.

Merlin was born to Hunith and Balinor in Ealdor, a small outlying village in the kingdom of Essetir. Near the end of the Great Purge, Gaius had helped Balinor, a Dragonlord, escape the slaughter of his people and arranged for him to stay with Hunith. The two fell in love, but Uther eventually discovered Balinor's whereabouts and sent men to arrest him. Balinor was forced to flee Ealdor and left Hunith behind, unaware that she was pregnant with his son.

Life could be difficult in a village as small and isolated as Ealdor. Food was scarce and everyone was expected to pitch in and help with the harvest. Merlin had one friend growing up, William, who was aware of his magic. At some point in their childhood Will convinced Merlin to use his magic to fell a tree, a stunt which nearly flattened Old Man Simmons.

When Merlin was in his late teens, Hunith grew worried by how at odds he was with the people of Ealdor and decided to send him to live with Gaius in Camelot. She hoped that the elderly physician would be able to teach him to control his magic and help him find a purpose for his gifts.

Soon after he arrived in Camelot, Merlin saved Gaius from a fatal fall from a balcony in his chambers. The physician was intrigued by his instinctive use of magic, at one point declaring it to be impossible, but nevertheless discouraged him from using it. The king, Uther Pendragon, had outlawed all forms of magic twenty years ago, and anyone caught breaking this law was sentenced to death.

Merlin spent his first few days in Camelot helping Gaius while the physician tried to find some paid work for him. He soon found a new friend in the Lady Morgana's maidservant, Guinevere, and an enemy in Prince Arthur Pendragon. After one of their altercations escalated into a mace fight that Merlin tried to win with his magic, Gaius grew impatient with his carelessness and advised him to control himself. Merlin, however, angrily protested that he didn't want to. Without magic he was a nobody and always would be, and he would rather die than not be able to use it.

That night, Merlin was awakened by a voice calling his name. He followed it to the dungeons beneath the castle, where he discovered the Great Dragon. The dragon told Merlin that he was destined for great things, and that he would aid Arthur in his destiny to become the Once and Future King and unite the land of Albion. Skeptical, Merlin informed the dragon that Arthur was an idiot, but dragon merely replied that perhaps it was his destiny to change that.

The dragon's words had an impact on Merlin, who had been searching for a purpose since he arrived in Camelot. As such, when sorceress Mary Collins tried to avenge her son's execution by killing Arthur, Merlin didn't hesitated to use his magic to save the prince's life. As a reward for his actions, Uther appointed him as Arthur's personal manservant.

Merlin was far from thrilled with his new position. He didn't know anything about being a servant and Arthur was often impatient with his attempts to learn, especially when they prevented him from concentrating on his performance in Camelot's annual tournament. However, the tension between the boys began to lessen as Merlin got the hang of his new duties.

After Sir Ewan suffered a snakebite while fighting Knight Valiant in the tournament, Merlin discovered that Valiant was using an enchanted shield to cheat. Knowing that the King would never believe a servant over a knight, Merlin and Gaius came up with a plan to cure Ewan so that he could testify before the court. Merlin obtained a sample of the venom for Gaius by decapitating one of the snakes on Valiant's shield, then went to inform Arthur, who was going to face the knight in the tournament finals.

The prince was skeptical of Merlin's story at first, but ultimately chose to believe him after he swore that he was telling the truth. Arthur requested an audience with his father and publicly accused Valiant of sorcery, but after Ewan was found dead (having been attacked by another of Valiant's snakes) their case against him fell apart. Arthur was forced to recant his accusation and apologize to Valiant. Angry and humiliated, he later fired Merlin from his service.

Merlin was deeply upset by Arthur's actions and decided that it couldn't be his destiny to protect someone who hated him. When he told the dragon as much, however, the creature merely replied that the half cannot truly hate that which makes it whole and that this was not the end, but the beginning. Initially, Merlin was not comforted by the dragon's words, but after Gwen encouraged him to pursue the truth, he decided to expose Valiant's treachery by letting everyone see the snakes for themselves.

He searched the spell book that Gaius had given him for a spell that would bring inanimate objects to life, then spent the night practicing it on a statue of a dog. He perfected it by morning and rushed to the tournament grounds, where Arthur and Valiant had already begun fighting. Merlin watched the fight from afar at first, then, after the knight disarmed the prince, he incanted the spell and brought the snakes on the shield to life, exposing Valiant before all of Camelot. He was later rehired as Arthur's servant.

Glimpse Into Another Realm

Book of Spell Breaking and Reversals

The Properties of Dragon Smoke

A History of Necromancy

A Collection of Verses

Idocrase of the First Day

Map to a Hidden Cove