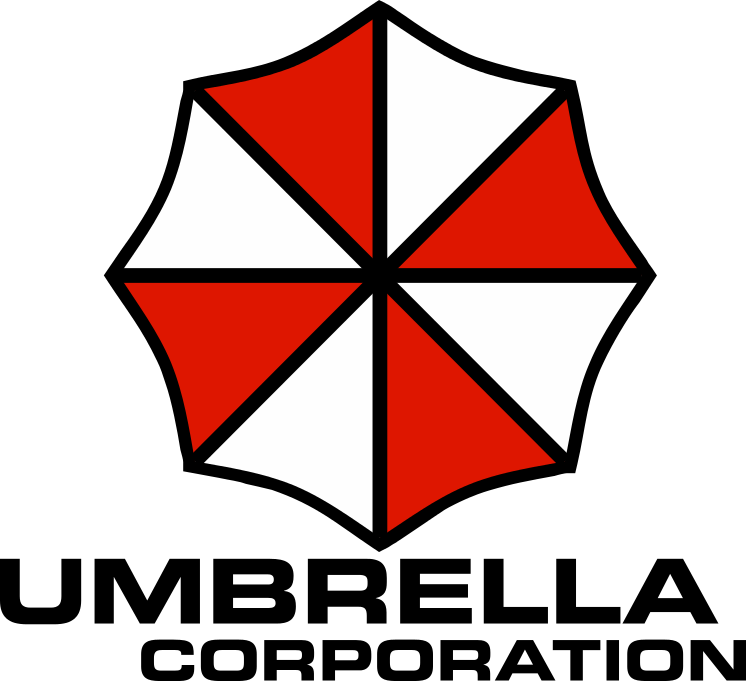 __ ________, ______
I don't think I've ever been so excited! This is my first day on B2. Teddy moved down to B3 and Ryan suggested I transfer.
The Crimson Head experiment is being wrapped up, just in time - a new strain was discovered in its mutation. The developers haven't yet come up with a name, so for now it's being referred to V-Act Mutation 2.
The V-AM2 mutates the host into a quadrupedal, skinless creature with long claws on all four 'feet.' The scalp crumbles and deteriorates, exposing the brain. This seems to be one of the mutations weak spots. The other is on the underside.
The rapid mutation causes the ribs to expand from the center, exposing the heart. As such, this spot is very hard to reach.
The most puzzling detail of this mutation, though, is the tongue. It increases in length to upwards of 4 meters. The tongue gains a rough, serrated edge, and is often used as a weapon, as well as a form of bio-organic hookshot. It has been recorded that one V-AM2 grabbed a target from 10 feet away and pulled it towards itself, subsequently shredding it with the long claws on its fore-feet.
These creatures don't move as fast as the Crimson Head V-Act, but their resilience and super-human strength are very reminiscent of its predecessor.

__ ________, ______
I was invited to supervise a set of experiments with the V-AM2 this afternoon. I'm told that people who have been on B2 for years haven't been invited to witness experiments, so I'm looking forward to it more than I was before.

__ ________, ______
The experiment wasn't really what I had expected, but I can't complain. They had two V-AM2s in a reinforced glass cage with corners made of military grade steel. Regardless of the thickness, and the fact that I was told this cage could withstand a barrage of rocket launchers, I kept my distance.
Inside the cage was another cage, this one looked like an industrial pet carrier.
The lead scientist turned from the cage and hit a series of buttons, typed in a passcode and hit enter. A beep came from the computer and the door opened.
"Time to get this party started," he mused to a room full of snickers.
At that point I realised that I had my arms crossed and I was holding on so tightly. As I let go of my arms, I see the V-AM2s moving close to the cage. The goat inside - I knew it was a goat because of the pathetic cry it let out - pressed itself as far against the back as it could.
More interested, one V-AM2 dropped from it's perch on the ceiling just behind the cage, and the other scaling the wall to the right followed suit, landing just near the opening.
The goat's cries stopped instantly. This pained my ears a bit.
I remember the exact moment that I turned to Geoff, he answered with a second series of buttons. A mechanical whine erupted from the cage and suddenly, the goat begins screaming again. Slowly, the back wall of the cage pushed forward and eventually it was all the way to the front of the cage. Both V-AM2s met their prey face-to-face, and the one on the right swung it's right arm, lobbing off the head of the goat.
The head hit the floor and a chunk of flesh slapped against the cage behind the animal before blood began pooling at the wound.
An involuntary twitch in the front leg of the animal made me jump back. It wasn't until after the entire room snapped their heads towards me that I realized I had shrieked.
So embarrassing.
The creature to the left used its tongue to lap up the chunk of flesh from the cage
as the one to the right removed the head from the lifeless body. Moments later, he smashes the head and begins devouring the brain matter.
I wont lie, I've seen development and cognitive trials, but never had I seen them
hunt. It made me nauseous. Those damned things are brutal.

__ ________, ______
Geoff told me it's common to hear things down here. The brain longs to hear sounds that occur in our lives regularly.
He said he heard things for quite a while. His brain balanced out the silence. Upon suggestion, I bought an iPod.
Later tonight, I'm going to sit in on another run with the V-AM2's. Apparently we
got our hands on a couple mountain lions and they want to see how long they'll last.
They took up bets.

__ ________, ______
Well, I won the pool. The mountain lions lasted 35 seconds.
There was a very uneasy feeling in my gut the whole time... One of the V-AM's looked different.
They all mutate a little different, and this one had one less claw. There are only two hunting V-AM's at any one time, and there was no mention of a death.
Did they replace it?

__ ________, ______
I heard it again. A slow, rhythmic plodding in the ventilation ducts above me. It stopped when I stood on my chair to listen.
When Michaela knocked on my door to tell me it was lunch time, I fell off of my chair.
Despite her scrambling to help me up, I heard a scratch above us, kind of like nails on a chalk board.

__ ________, ______
One of them had to have escaped. I can't figure out what else it could be. I contacted the floor supervisor and asked him about that new V-AM.
Apparently, the Alpha V-AM killed the other one during their last run, and they had to replace it. That doesn't explain away the noises, though. There's something going on.


__ ________, ______
One of the V-AM's has escaped. I knew it. This morning, I lifted up a ceiling panel and there they were. Scratches on the walls of the ventilation duct. Deep scratches. They were made in groups of four; the same amount of claws that the V-AM had... The one that disappeared.
Why are they covering this up? If one got out, they should be looking for it!
Today is my 'day off,' so I'm going to go buy some essentials and spend the rest of the day here. My family is out of town this week, so I have nowhere else to be.

__ ________, ______
Am I going crazy? All day yesterday, it felt like I was being followed. I heard scratching all around me, heavy breathing, hissing.
There's no way that V-AM followed me out of the compound and around town. There's no way, right?

__ ________, ______
I think it's teasing me. I saw it today, when I woke up. The claws were sticking out of the ventilation grate in my ceiling.
No one believes me, and when I brought Geoff into my office to show him the scratches, they were gone. Someone must have replaced them. They're covering it up.
I don't understand. They're talking about sending me back to B3. Something about cracking under the pressure.
I have an appointment with the Supervisor in the morning. I should probably rest.

__ ________, ______
Everything went to hell. On my way to my appointment, something grabbed me from behind.
It felt sharp. It was cold, and dotted with blood. That goddamn V-AM grabbed me with it's tongue. The serration on the edge sliced through my shirt and into my skin. I braced myself to be yanked back, but I never was. It slowly let me go and when I got up the courage to look behind me, it was gone.
But not for long. I turned to run towards the Supervisor's office, and there it was, on the ceiling, tongue dangling down just below it's head, wriggling in a serpentine motion.
I couldn't help but wonder, is this an attempt to lure me in?
The creature moves almost silently across the ceiling towards me, just inches from my face, when it swipes at me.
Hot, searing pain across my chest invokes an otherworldly scream.
But no one came. I ran as fast as I could back to my office, and along the way I saw why no one responded. It killed them all. Their mangled bodies strewn about, I saw that it didn't kill to eat this time... It killed for sport.
I guess it's a good thing I bought a med kit the other day. Was it yesterday? God... The days are blending together.

I guess, if I don't make it, maybe someone will find this. Maybe they'll see that Umbrella only cares about the bottom line.
I'm exhausted. Down to three pain killers, and five bottles of water. Why has no one come yet?
Maybe they'll be here when I wake up in the morning.

__ ________, ______
My ribs feel like they're cracking... There's an intense itching at the base of my skull, and the last time I itched it, I came out with a handful of hair. Follicles and blood included. I don't know why I thought I was going to be able to disinfect and treat
my wounds. I was too late.
It licked me to death.
Hahaha. It's a licker.

Umbrella corporation, the logo used and all of its subsequent creations are property of capcom's resident evil.

Emyon.
Story by me.
back