Rampley has a minion!

Rampley is a test subject for an under ground government experiment. The experiment is for a new revolutionary shot that will make one immune to any disease know to man. It would absorb the disease, and rather then shutting down from it, the body would turn it into a miraculous vaccine! Making the body think and act as if it was already being attacked by the illness. 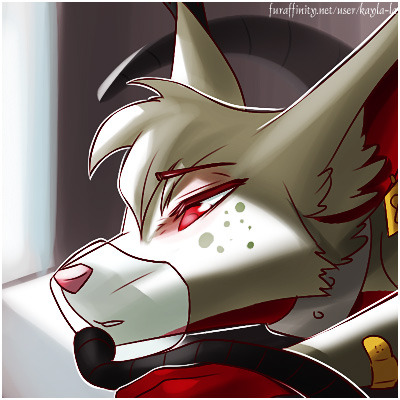 But sadly.... the shot didn't work. When injected into the other test subjects, they would die. Seizures, heart attacks, litterally melt from the inside out. Only Rampley was immune to the drug. So they kept her. Ran every test one her. Subjected her to plagues, epidemics, any and everything they could. Nothing could stop her.

After a while, it became too much. Being sick all the time. Day after day after day. Rampley had lived through it all. Blood filled blisters and gut ripping vomiting. It began to be so hard on her. She tried, countless times, just to end it. But nothing worked. Nothing would sooth her pain.

Hard to hold, cold to touch
Fall to pieces, treat the rush
In hindsight, primetime talk
All your pain will end here
Let the doctor soothe your brain, dear

Layout and coding by User not found: hamada.
Overlay by malibupup
Profile art by Arody and