Iban has a minion!

There was a legend once.

A tale in which told of a man who lived centuries past, who legend says could control a great winged beast. A man who was said to be the greatest archer the world has ever known, but time always buries away the past. His deeds are written in precious few books, only a handful of people have ever heard the legend, but I am here to tell you it.

His name was Iban.

Long ago the world was chaotic. Giant creatures roamed the land and humans, fearing for their lives, hunted and fought against such creatures and in turn the creatures hunted them. It was a war of survival. Iban had a bow in his hands before he could walk. He fought all kinds of beasts. Beasts that could swim, beasts that could breath fire, some that could even cause earthquakes, but always he was triumphant.

One evening when the sun was setting into the west he set out in search of the Windbird. The Windbird was an immense but deceivingly beautiful peafowl which could summon great storms and dangerously powerful winds. Many had tried to stop it and failed, only to see their villages be blown apart.Iban searched for signs of its destruction, finding trees, parts of houses, and boats all fashioned into a nest like they were bits of straw. He took cover amongst the debris and waited for his quarry to return.

From far off he could hear the sound of mighty wings beating the air. The Windbird was coming. He decided then that one arrow wouldn’t be enough to kill such a giant bird and if he didn’t kill it, the bird would go off to heal and come back with a vengeance. He quickly fastened one end of a long, strong cord to his straightest arrow, the other end to an extraordinarily large sized tree stump. The beating of wings became a deafening thunder as the giant Windbird flew just overhead. He aimed the arrow right at its breast and let it fly. The arrow struck true. The great bird let out a mournful cry and thrust up towards the heavens in its shock. Iban held fast to the stump and the cord, digging his heels in while enduring hurricane force winds.

The Windbird reach the end of the cord, with the sound of a whip, and was pulled from its flight straight into the ground. Iban ran to the bird then, it’s wings beating the earth, and drew another arrow straight for its eye. But he did not let it loose, for the great bird stilled as their eyes locked. Something passed between them then. When it was over the giant Windbird lay dead and Iban dropped to his knees, finally able to catch his breath. Sighing with relief Iban found that his breath picked up into a strong wind.

He was the Wind Weaver

Overtime Iban found that the wind would obey him. His Windbird fletched arrows always struck true, flying at unnaturally fast speeds and seemingly able to chase their target. He had more than earned his title as the Greatest Archer, but people began to realize that as the years passed Iban never grew older. Worse still some claimed to have seen the great Windbird Iban was said to have killed, some even going so far as to declare that he could change into the Windbird. Wonder turned toward suspicion, suspicion turned to distrust. One day long ago our legend went out for a walk and never returned. But they say legends never die. So one day when you are out for a walk on a quiet day and feel a stray gust of wind remember this tale I have told you.

He is Iban The Wind Weaver

~Story Based on:
"The Greatest Archer" from Tales from China Retold by Cyril Birch – Oxford
↓ ↓ ↓ 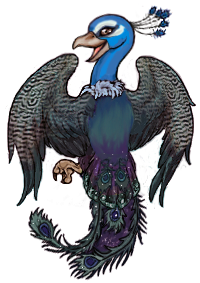