Xion has a minion!

Can I help you with something?
About
Stats
Story
CW Collection
Memories
Relationships
Credits

Warning: Mention of blood, human's limbs, murder and other not-too-sweeAAAAGGHG!!

The crunching sound of bones crumbling to dust, the nauseating scent of fresh meat and organs ... the scene of a heinous crime hidden beneath the white wards of a hospital. A bar light led over them, illuminating the scene of what was the psychological treatment office for children with cancer.

The strange creature had caught its prey, the crimson painted walls were proof of that, the floor didn't even have that shiny clean white anymore because the feast had begun. The demon began by gobbling up his dinner in parts, slowly destroying the tissue to make it digestible in his system. Xion found some relief with each child who ended his stay in the hospital, each with his story, his dreams, his future ... each one more special than another and with whom she felt really close.

She bring her hand to her stomach, almost feeling that satiety, a feeling linked to nutrition and creation, the memory of the life that was once there, was more and more ephemeral but I could have sworn that behind each cry and each cut, she feel some kind of redension, satisfaction. Devouring another to create life. She thought it was the right thing to do.

The demon umbrella opened its eyes and stretched out a gut-like appendage, bringing a severed arm closer to itself, it opened slightly revealing the row of fangs that were on the inside of the umbrella cover, a black hole with saw-sharp teeth eager to absorb the nutrients provided that afternoon.

And it was because, although each child was special to her, not all had that innate potential to harbor that spark within them. No, some fell into madness, creating deformed, monothematic masks, minions without any conscience or ability to reason, mobilized only by the mere idea of ​​attacking or defending themselves, children persecuted by their own night fears that appeared with the intention of killing them in this reality. Some stopped eating, others stopped talking, others cut their delicate skins with their nails as trying to escape from that imaginary body and the torment that afflicted them in the process.

She only gave them an accelerated death, for a doom process that could last for weeks. Unnecessary suffering, certainly.As a professional that she was, she had to show humanity in these cases and there were many.

But she would not deny that... there was a certain satisfaction in playing at being "the death", taking what was taken from her.

However, her job was to mitigate those blackouts, disturbances that ramified in her patients, ailments and other things that affected the lives of her dear little ones. Cancer was a deadly disease many times, cruel, unable to judge or differentiate gender, social class, race or religion.

Once there, the game was looking to end but for the twins, it was just beginning. Her brother, obstinate perhaps, struggled daily with this fantasy of miracles and she, faithfully by him, sought to maintain the sanity of them patients.

A healthy mind could reflect benefits in the body.

A healthy and nourished body fed the brain and secreted hormones for its development.

A bloodstain would splatter on the psychotherapist's white sleeve. Her eyebrows would arch as she modestly reached for a handkerchief in her pocket, gently wiping the stain.

"Do you wish to have them with you as if they were your babies?"
"Feeling complete again!"

Bonnie spoke in her mind, just like a whisper. The creature had finished swallowing the last remaining fingers of that hand, a body of a minor reduced to nothing more than a great lake of blood under the feet of the Attas. Her mask growls, but her characteristic scream was similar to crying childs, screams and sobs that tormented Xion to the point that she seemed to mute and wait for her mask to remain expressionless like her. But after a while, she got used to it. As well as the nauseating stench that surrounded her every time she had to intervene.

"This kid wasn't the right one either"

She muttered neutrally, her hand gripping the umbrella pole avoiding the misshapen molars on the handle of Bonnie. Her footsteps echo as she advances through the gloomy hospital, while in the locked rooms children call for help, future test subjects for their investigations who are ignored until the moment of them intervention.

Someday ... maybe Xion will find what she was looking for...

But, she will continue enjoying this game.

Not for fulfilling a dream

Because it was no longer about hunger and creation.

Rather, it was about life and death.

So, are you here just to check Dani's CWs, right?
Fine, go ahead. But be careful with what are you looking.

Xion doesn't seems very happy but at least she is letting you take a look while she is working on her desk.
You decided to open the gabinet slowly... 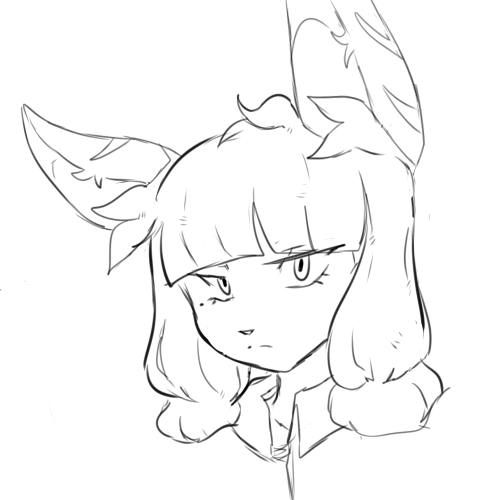 Nyarlathotep
Art (Side Image) by

atempause for letting me adopt her!

06/04/2022 - Yion found this gnome in the Vesnali shop and bought it because looks like Xion.
Actually is on her TC but she hates it.

Thing in a Jar Yion
Her twin brother. We play god, you bringing them hope and me keeping it in their minds. Cyr
One of her patient. A rambunctious boy who has decided to run away from mother Syn
The called 'A Miracle'. You were our Magnum Opus, our propiety and then, you were taken from us.