Hiro has a minion!

Former Student Council President of St. Hermelin with a major stick up his ass...

Hiro comes from a family of politicians, with his father being a big name in Japan. Because of this, Hiro's life is constantly thrown under a spotlight. All actions observed by the public, like hawks, awaiting the day him or his parents slip up and disgrace the Ito name. As Hiro was raised under the pressure to conform to it, he actively seeks perfection. He desires to become a "perfect son" and exemplary figure for his father's reputation, but the daily pressure takes its toll on his mental health. His unhealthy addiction of acquiring information stacks with his constant fear of the unknown. Afraid that if he steps out of line or does something his father otherwise would not approve of, he'll lose that cushion he currently rests on. As the stress builds and bottles up, Hiro becomes extremely violent. More often than not, he'll release this anger out in his own room, behind closed doors.

" We did not come here for idle chitchat. "

Theme:
♪ Julia ♪
by Will

Hiro's position as student council president makes him admired by most of his fellow classmates, but can be intimidating to approach due to his stern personality. He is described as a strict individual, who spends most of his time studying or assisting students.

Although rare, if Hiro warms up to someone, he often drops his stringent demeanor and is more outgoing and chill, especially if it's towards someone he's fallen for. As for his outbursts, he's the most ruthless. Taking out his anger in the form of physical abuse. Hiro's bottled up emotions lead to unwieldy fits, which he's at least capable of concealing within the privacy of his own home, behind closed doors...

" ...I would like to see another demonstration of your power. "

" With that said, I believe I'll go ahead and take care of some personal business while you two take care of that. "

"He is a special boy: a wildcard. He has a particularly interesting power that allows him to shapeshift into his persona--bear in mind that he has no control over what persona he calls from his own heart. I will keep my eye on him." 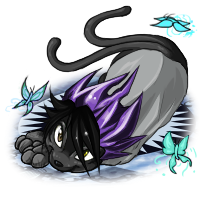 "Kazuya's twin brother. Likes to hang out at the arcade and rot his brain than study. We survived an incident that affected Mikage-cho a couple decades ago; we also used to work together as colleagues in the Shadow Ops."

"This shadow...he takes the form of Toudou's dead twin brother: Kazuya. He also refers to himself as the same..."

"This world was so cruel on you...had you only stayed with me, I would have protected you. From him, from them, from every little nuisance that came in your way." 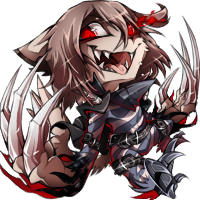 "Seems I've gotten my hand on two with this power."

"Amarante is my personal assistant. She'll tend to anything I tell her to; she's quite useful. If only she could learn to keep her mouth shut. She's got an...well, I could only describe as a 'feisty personality.'"

"I often see him around Syn. Those two have a connection that I can't simply turn my back on. When I look into his eyes, I am reminded of the same entity that gave me my power." "Looking at his documents, it says he used to be a renowned oncologist in Korea. An incident caused him and his colleagues to lose their minds and subject the very children he took under his wing to unscrupulous amounts of torture. That's truly unforgivable." "Xion Cho is the twin sister to Yion Cho. Much like her sibling, she too fell into the same madness he did. I wonder why..."

"His power and how he uses it poses a threat to me and the others."

"He seems to be the ball and chain to the Kurosawa boy..." 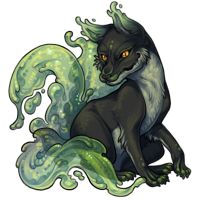 "He was handed off to me so that I would keep an eye on him. I feel as if I'm starting to form a bond with an alien. Haha...what's happening...? I want to criticize your every mistake, pull the weakness out of you, and yet—I've gone too far. I'm reminded of my father. You're not my son, then why do I..."

Forget gems and jewelry! This dragon collects information, so spill everything you've ever known to it or let yourself be devoured by its pure brilliance! (Or maybe, what's dripping off it is its huge ego...)

Trickster for allowing me to adopt the legacy name.Check out the toyhou.se profile here~

A Guide to Gelatins

All Kinds of Nests

Getting Rid of Pests

How to Knit a Winter Hat

The Stained Glass Garden
The Truth About Clowns

The Big Book of Little Gardens

Ziara: A History Through Headlines