Enter a fun community where you can adopt a virtual pet, dress up a human avatar with thousands of different clothes, and make friends on our forums! Join today to pick a pet, get a starter kit of cool items and start having fun right away! Hundreds of users are enjoying Subeta right now. Why aren't you?

When things have got you scrambling, it's always welcome to have something or someone to rely on. Speaking of which, maybe you can help me decide if this little guy is a -thing or a -one.

This little egg-head may be a bit over-pickled, but he has a sunny-side-up disposition that can't be beaten. He is sure to crack you up with all of his terrible yolks when you need a laugh, as long as you omlette a terrible pun slide through now and hen. 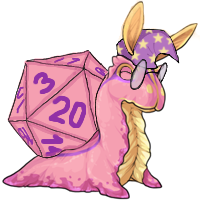 Wir the Custom Dawn Scootle has won the Pet Spotlight! 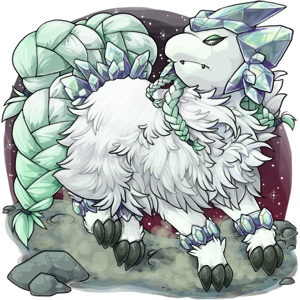 Ahh, the endless barren wastes of Atebus are so nice this time of year. I almost don't even want to get back to the fresh air and lush green of Subeta. If only it were easier to get a shovel into the ground up here.

So the stories about Atebus' resident legendary pet are pretty awesome. A bunch of old fogi...uh, fellows, had insisted that one of the original five escalades still roamed the wastes, like a huge fluffy ghost. She leaves specks of crystal around that grow into new crystals and some say there is a symbiotic relationship between her and the Coda Caves. Hardly anyone has seen her or proven this, and she'd be SO OLD by now it didn't seem possible, but your friend Blake here is happy to confirm that she's been found!

Alba, the legendary wild escalade, usually quite peaceful, seems to be a little mad about being discovered. I don't imagine she's going to take her new-found publicity quietly, but now she's on a bit of a rampage and I may need some help defeating her so she can go back to being a nice calm spooky creature again! Follow the Atebus Barrens Legendary Track I've put in the Cash Shop to prove your battle skills and see Alba in the flesh before she disappears again!

Cinthia would very much like it if you took as many Rift Fairies as you can afford and maybe some of the other new rift-themed items from her quest shop. But seriously, save her from the pesky fairies.
03/31/20 2:52 am 19 Comments
Posted by 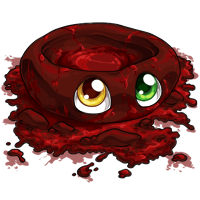 Fruitling
Click here to explore all of the pet species and colors Subeta has to offer!
Random Avatar Spotlight