Ultra has a minion!

Rava, Guardian of all, the Willet 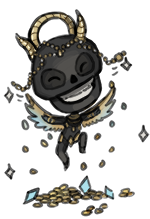 Spirited, profile and story by

Memories are shiny things, like a glittering coin or the cherub face of a brand new doll. But, memories are fickle – they fade, they dull over time. With a coin that’s lost its sparkle, it can be polished, renewed – similarly a doll can be refreshed, painted, washed. Perhaps some tarnish will poke through the new façade, but these items – physical items – can be kept pristine if need be. Make them off limits, hoard them into vast collections that are only to be seen and not touched.

The soft summer wind wisping away the sweltering heat, beating down on the crops that her father had worked so hard to plant and grow. The heat that dried out the land and caught fire, the same wind that would cool the sweat on her face sent sparks flying into every field – creating flames that roared across the land, wiping away the hard work of many men and women just like her father. These were only the vague and dull memories that remained of her last summer.

Fires are shiny things, like a glittering coin, or the tears in a mother’s eyes as she watches the last dying embers of a burnt field that her daughter had been playing in that morning, knowing that the golden blonde streak of hair she had seen disappearing into the wheat, was the last she would ever see of her daughter.

When the world burns to a crisp, there's nothing left but a few glowing, gleaming ambers.

Glitters of gold and amber that the new god held on to, offers given to ensure a safe passage into the underworld, a young girl scorched by the earth, glittering gold, aging and decaying, adorning herself in the very glitter that was sacrificed to her. Harsh punishments to those who didn't offer the grandest of items, greed overtaking her mind, sated only by the biggest, brightest - until a young girl, a memory of herself, the greatest possession of all - a small, well-worn doll. An item full of memories, a shiny, glittering thought of a life that could have been.