Yori has a minion! 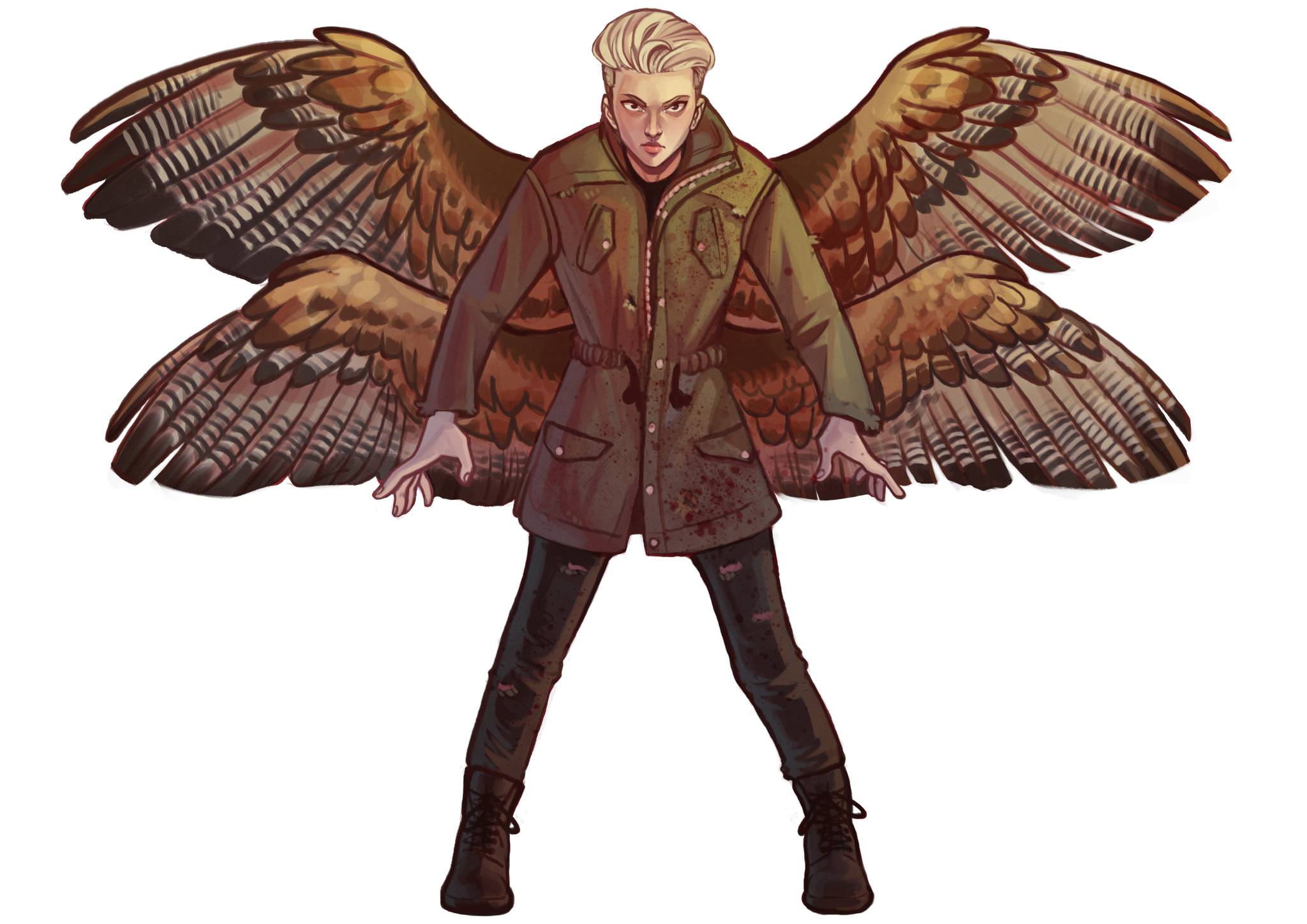 would do absolutely anything for the man he cares about. doesn't care about the rest of humanity though. my best friend called him a tsundere and i'm mad because he's right.

APPEARANCE — yori stands at a respectable 6'3, though his true form is as tall as the empire state building. his human form appears to be korean, with light brown hair (styled in a quiff) and darker brown eyes. although he doesn't care much for fashion himself, aldrick stylized his wardrobe for him and he's usually dressed in classier clothes. to a supernatural creature or small children, his brown hair would turn white and a halo of soft light accompanies him. this often causes him to get angry glares walking down the streets of santos hollow. of course, being an angel means that he has wings. actually, he has four of them. large, magnificent things that resemble's a hawk. they are always with him, but only can be seen when he loses his cool or when he chooses to reveal them himself.
illnesses post traumatic stress disorder

PERSONALITY — yori is very new to human emotions, having just recently received them and all. for that reason, he's certainly not one to enjoy interacting with other beings. he prefers to keep to himself or only those few close to him. yori is usually blunt and rudely honest, not aware of the fact that his words can hurt others. though, if he ever does hurt your feelings, don't expect much of an apology. he has an ego,and considers most species beneath his kind. this isn't an opinion he's keen on budging on, either, as he hasn't found much reason to while his time down on earth. his general dislike of humanity aside, he's a highly intelligent angel and a formidable fighter. despite being a war angel, he has grown to find most violence sickening. he refuses to do the tasks of senseless murder that were once often assigned to him, causing him to leave heaven. this isn't to say he wouldn't pick up arms if he found a worthy cause: if anything dared to harm those he cared about, he would pursue them to the ends of the earth to make them pay. he struggles a lot with having a "free will", and dislikes sleeping due to the memories that flash into his mind while he dreams.

FUN FACT when aldrick introduced him to mcdonald's, he ate so much it actually made him sick.

Antique Feathers and the Book of the Renegade Voodoo
oh my beloved, (cups face) i would die for you.

Celestialy
as am i. come, sister, let's go on a walk. Oblivion
hmm, no. but demonio has gone to fetch more. Aldrick
the others may trust you.. but i don't. Hitoshi
It's better to forget him. He's too far gone. Fallo
i have my eye on you, vampyre. Archer
i will not forget what you've done.

Michael
and i in you. very well- i will do what i must. Esmund
The fear in your eyes tells me different. Ethos
... is that what they call a joke? Lucifer
i do not believe in fate.