Satsuki has a minion! 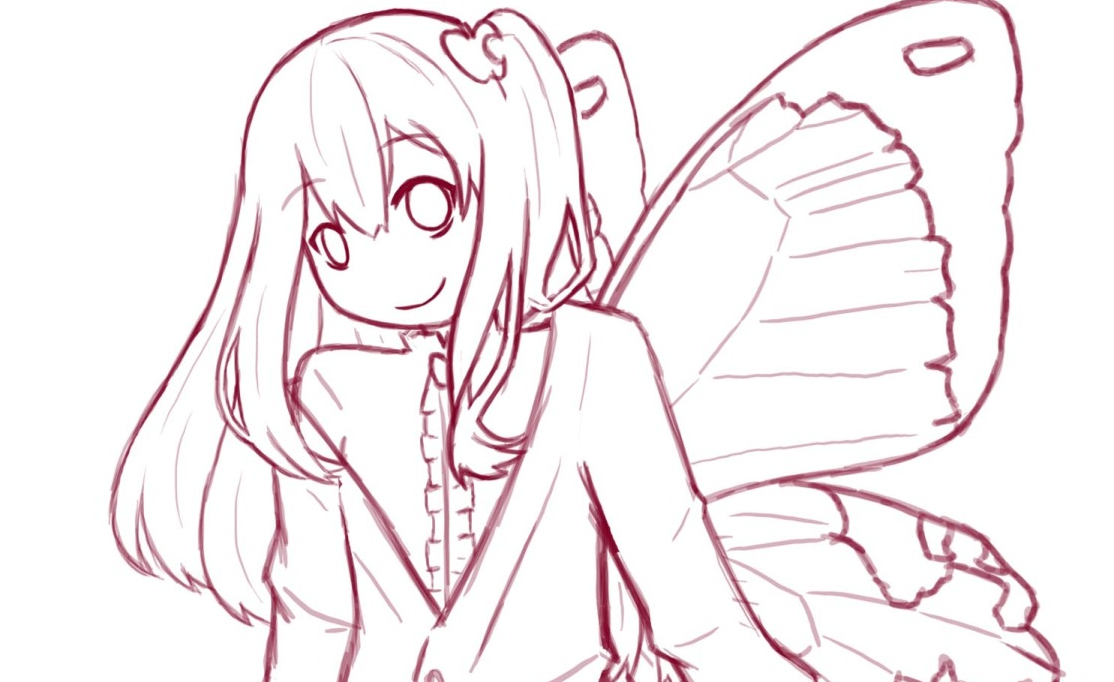 Before reaching stardom, Satsukee was merely a little boy who loved watching T.V and envied famous stars. He wanted to be a singer. He also loved fashion shows, mainly oogling at female clothing. He declared in grade school that he will be a famous diva. Everyone laughed at his dream, mainly because men can't be a diva. He was humiliated and angry. Even his parents were disappointed in him, causing him to be scornful at people who made fun of his dream. He wanted to prove that he can do it. Years later, ignoring his family and the disapproval he got, he styled himself, applied make-up and became more feminine. He was beyond beautiful. His complexion and tender, feminine looks, he was scouted by talent scouts. He also practiced often enough to perfect his voice. Everyone adored him.

His eyes was burning with victory as he pass by the people who made fun of him, his family who never had faith on his dream. He felt so contented because he proved to everybody that he, even as a man, was able to reach stardom. He was on magazines and on T.V everywhere.

Satsukee often acts rude and two-faced to people outside the stage but he acts genuinely kind to people who believed in him, mainly his hairdresser, Caivie. They were friends since high school and they supported each other until Satsukee hit it big time. They never are seen apart and usually shares a room together.

Even if Satsukee prefers wearing makeup and female clothing, it is stated by him that he prefers women. (But if he would date someone who's of the same gender, it would be Caivie exclusively.)
Name: Satsukee (Satsuki)
Age: 20
Birthday: 4/14
Horoscope: Virgo
Fashion taste: Autumn fashion, mix of punk and chic
Race: Angel Kumos but has monarch butterfly wings as wings
Eyes: Periwinkle
Hair: Bubblegum pink
Likes: makeups, nail polish, singing, Caivie, microphones, bass, singing rehearsals, pumpkin potage
Dislikes: getting wet, people who laughed at his dream, wearing clothes he hates
Headcanon Voices: Miyu Irino (Satsukee), Naruse Makoto (Caivie)

Inspired by: When I Grow Up by Pussycat Dolls, Reaching for the Stars by DJ Tomosuke

Satsukee is actually a Faerie Lupe I adopted in Neopets few years ago. I loved him too much that I had to bring him here to live forever. Wipwip
Caivie is a Pink Aisha he's bestfriends with. He formed a band with him. wipwip
art by me
art by ? (forgot their username!)
art by pierrotsdoll @ tumblr
art by chelle

The Tag Volume One TierganAshling
My brother and singing partner in our duet. Love ya bro! Luxray
My other bro who sets the melodies. He's much more laid-back and talkative.