Legolas has a minion! 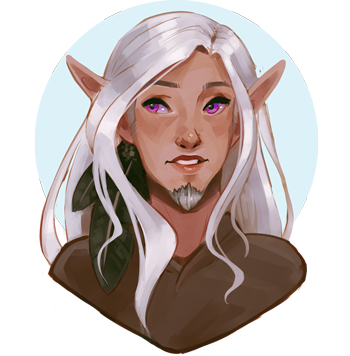 The moons have risen round and bright,
no clouds will dim their steady light,
the stars like eyes have pierced the night to see the hunters pass.
Our quarry grazes in the dale,
the breezes carry us the tale,
the scent is hot upon the trail
and dew is on the grass.
He starts to run. The hunt's begun.

Across the glade, among the trees,
our quarry panic-stricken flees,
we taste his fear upon the breeze and howl upon his heels.
Blood-madness fills our brothers' minds,
fear-madness now our quarry blinds,
he searches for escape and finds
our spears and sharpened steel.
He stands to fight. His blood is bright.

He slashes out with hoof and horn,
his sides and neck are rent and torn,
he cannot know no stag was born escapes us when we ride.
The quarry's down, his life is fled,
he falls before us stark and dead.
Tonight the cubs will sleep well-fed, and all the pack besides.

*Bosmer (long grey hair, violet eyes)
*Grew up in Vulkwasten, a settlement located in Malabal Tor, a region deep in the jungles of northwestern Valenwood
*Married and father of 27 children
*Heavy Armor, Dual Wield, Archery, Alchemy, Stealth
*Cannibal who strictly follows the Meat Mandate within the Green Pact
*Has a very absurd sense of humor (think of Dad Jokes), like a typical Bosmer
*Named after his father and grandfather
*Courageous, independent, protective, no tolerance for abusers of any kind, impetuous, often acts before thinking
*Searching for his younger brother in Skyrim
*Almost got recruited by the Thieve's Guild but he denied the offer after giving Brynjolf a good beating (...if he had only known that his brother works for them...)
*Member of the Dark Brotherhood, but lost interest when Astrid betrayed him; now the only one he has still contact with is Cicero, who is a "real sweetroll" (at least Legolas thinks so)
"It's not a party until someone gets eaten!"

*Based on my
The Elder Scrolls: Skyrim OC Hagravi
He can talk like a waterfall, but it's fun listening to his stories.