Contagious has a minion!

-What is UP! Here is the new concept after about, ehhh, 4 years.

some bulbous stuff i guess, lets do some concept art bitchesfemale plague victim, brought to life by a necromancer, kills necromancer with virus/bacteria (research this you lazy ass) inside her. perfectly alive after the ritual, but has become one with the virus so to speak and often feels the need to move to crowded areas to spread the disease.eventually comes to terms with herself and finds a hollow in a swamp where she cultivates new types of microorganisms within her

you could say shes....contagious. wow

music- bubbly in texture, sad but sort of ethereal with squank notes 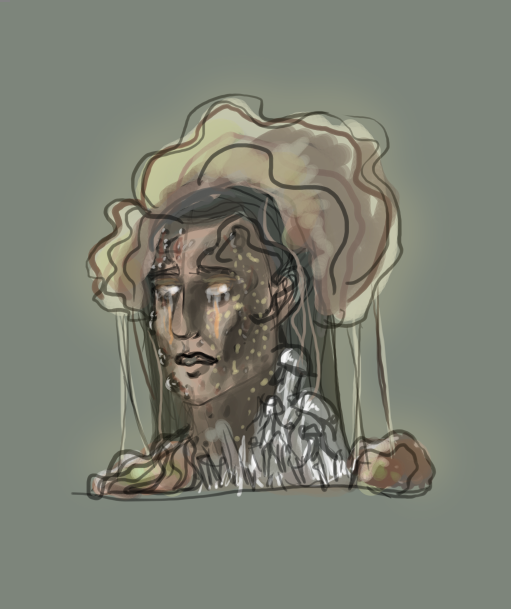 Fragments of the Forgotten