Roland has a minion! 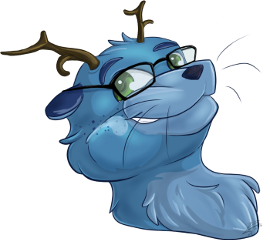 Every day, except for weekends, is filled with all the boring and stupid tasks of an office clerk. Roland, or Hering how his online friends know and call him, never saw this job as his main goal in life. He had other plans. But considering his current state of health he just had to change from his old dream job into this massive hamster wheel of boredom. Luckily his colleagues are pretty cool and nice but the repetitive work he has to do day by day is nothing he really enjoys. Or the countless hours of customer support and the weekend home office twice a month. At least he can make a living with it, who cares for "fun at work" then anyways?

In his time off he can at least do what he enjoys most: playing video games. From old classics to the newest games on the market, he enjoys everything as long as it lets him forget his miserable life for a while. It's not only his hated job that often turns the normally fun and nice guy into a pessimistic and angry recluse who just hates everyone and everything. It's also his view on himself as a person and his chronic illness. Things he never did or achieved and the fact that he'll never have the chance to change this. Or some fateful events in his youth that he rather keeps a secret to anyone he doesn't fully trust.

Positively said these moments never last too long as he always gets himself out of these moods pretty quickly by just being alone with his pet cat Wesker and some nice video games, and most of the time he's back to his cheerful and gentle self on the next day.

The Principles of Grammar