Schism has a minion! 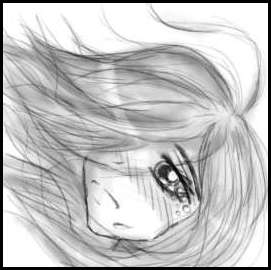 'Got a secret
Can you keep it?
Swear this one you'll save
Better lock it, in your pocket
Taking this one to the grave
If I show you then I know you
Won't tell what I said
Cos two can keep a secret
If one of them is dead.'

The tree across from her window seemed to understand her. Sometimes it seemed to reach its branches out to her, as if trying to lift her out of the room. It was an odd tree, very dark in colour, and had two knots high in its trunk which she swore looked like eyes. Its roots were knotted and twisted in the most peculiar way. Some might be a little afraid of it, but not her. She told the tree everything, and it swished its branches as if in despair. Yes, the tree and the window were good to her. She felt safe telling them, sharing her deepest thoughts. She felt close to the tree, because it was so twisted and rotten; she almost felt sorry for it. She whispered to the tree, "what would I do without you to comfort me?"

Suddenly she realised she was crying, and as she pulled her face away from the window pane, she watched her tear run down the glass, in a solitary path, moving this way and that - not intent on following any particular route. She watched as it reached the bottom of the window, hitting the window sill and splashing into a million tiny teardrops before evaporating into nothingness. She wished she could be a teardrop, but she didn't feel pretty enough. The window was her friend, and the old tree, they were her best and only friends, she talked to them often, it comforted her and she hoped her words would carry to the other side, where someone, something, might hear her and want to be her friend too.

A bang. The front door. A skipped heartbeat. He was home. The click click click of his shoes on the kitchen floor. A pounding heartbeat. Face pressed against the window again, wishing, pretending, hoping. Maybe the old tree would somehow reach in through the window and take her away, forever. Or maybe that crack in the pavement would open wide enough for her to fall in. The other side of the window held everything, and nothing at the same time. More clicks of his shoes, this time on the stairs, 1, 2, 3, 4. She counted in her head, only 7 more and then the door. Tense stomach. Clenched hands. Sweet smile.

The door opened, he was there, the smell of mints overpowering as always. No words were needed. She knew what she was supposed to do. She stood up, put on her happy little girl face and turned to face him. His face never changed, always the same blank stare, and she wondered how he could do that. She was envious, but she hid it well. He bent down to untie the laces of his click click shoes, and then she heard it. The window spoke to her. Or maybe it was the old tree? She wasn't sure, it was soft at first and she couldn't make out what it was saying, but she was frightened that he would hear it too. Then it became louder and louder and louder, she looked at him and he was staring at her, his mouth slightly open, still crouched down over his shoes, a confused look on his face. The sound was almost deafening now, and it was then she realised the sound was not the window or the tree at all, but her screaming. She looked at the window, and knew then it was time.

She turned herself away from him, and threw herself into the window, shards of glass were sent flying everywhere. She fell, and fell, down below, and the glass fell with her, the window staying by her side, as it had always done, and they hit the ground together. The cracks in the pavement swallowed her blood, as did the old tree. The tree had changed colour, it now had her colours - her blood, over its roots. She turned her head, and briefly, oh so briefly, through her tears, and before her eyes closed for the last time, she saw the old tree, and she was certain it was smiling...

'There was a time that the pieces fit,
but I watched them fall away
Mildewed and smoldering,
strangled by our coveting

I've done the math enough to know
the dangers of our second guessing
Doomed to crumble unless we grow,
and strengthen our communication' 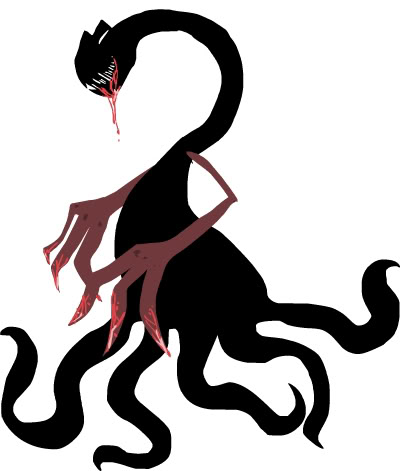