Coleridge has a minion! 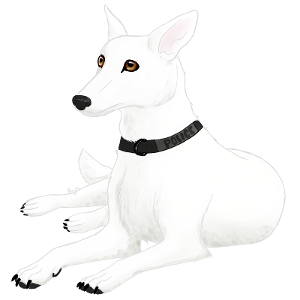 
A warm breeze gently caressing his skin, the sweet scent of flowers in his nose and the buzzing of bees and chirping of birds filling the air with joy he sits alone in a garden, his deformed body securely strapped into a wheelchair. He can barely see, but he knows this garden so well - the place he feels safe, his home that he knows.

Whenever Frank Coleridge closes his eyes he sees him, the smug grin on his face and the black hair that he always wore neatly combed back. The memories of that day are so vivid that he can almost smell him, can hear him say "You should have learned to keep your big fuckin' mouth shut, Frank. Now my friend Murphy's gotta shut it for you." He remembers lying on the cold and wet ground of the inmate shower room, being beaten over and over again.

Frank closes his eyes, breathes in as deep as he can, even though it hurts to do so. Never again he will be able to walk, it grieves him to be unable to do anything by himself anymore. He feels worthless, like a waste of skin. A smelly living corpse, only capable of pissing and shitting itself, until the body that already stinks like rotting flesh to him gives up breathing wasting other peoples' air and ruining their lives with its presence.

He's so sick and disgusted of himself, of that what others call "life" that isn't nearly life for him anymore, and that he is probably the only one to blame for all this, just because he tried to help Murphy, trusted him not to cooperate with Sewell no matter what this dumbass may offer him.

A young woman enters the garden, looks at Frank and smiles. "Time to go back inside. You need some rest.", she says with a soft voice and with a gentle stroke on the right cheek she brings Frank back into reality. "I'm sure you're tired for twenty of you, you've been sitting here for 2 hours straight." Moments later Frank is brought back inside the house. Darkness surrounds him as he closes his eyes, all of a sudden he feels tired. Not soon after his head finally touches the soft pillow he falls into a deep dreamless sleep, only the small star projector in his room giving off a faint light of hope...