Smith has a minion!

In every condition, in sickness, in health;
In poverty's vale, or abounding in wealth;
At home and abroad, on the land, on the sea,
As thy days may demand, shall My strength be.

When through the deep waters I call thee to go,
The rivers of grief shall not thee overflow
For I will be with thee, thy troubles to bless,
And sanctify to thee thy deepest distress.

Henry Smith is a 44 years old reverend/preacher. Strong in his faith, surprisingly oblivious to the discomfort he might create in others, he's both a loner and a clinger. Others should always tell him directly that they want to be alone, otherwise he'd just stay around, mainly because he just can't understand subtle hints. Some people even call him crazy, something they explain with his habit for tilting his head in a confused way when listening to others, his often unfocused eyes and his irrepressible smile. His friends know him as a soft and calming person, someone who is always being there for them whenever they need him.

Being of very frail health, he often spends days at home without seeing anyone except for his twin brother Lincoln. Gone nearly blind on the left eye because of a serious injury he suffered in Iraq War during his time serving as a combat medic in the US military, he lives in the belief that there is a reason for everything and that one day he will know why he has to endure all this suffering. Though even he is often on the edge of disbelief, he luckily always finds his way back to his faith, keeping his mind strong for the next weeks of pain and despair.

His free time he mostly spends just staying at home in peace and silence. Though he's not that much of a gamer, he sometimes enjoys playing computer games like Minecraft to unclutter his mind. 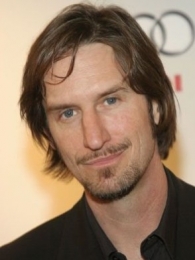 *Character, Story and Profile by me

*Pictures used:
Marian Devotion
The Cloud and the Castle

*Lyrics "How Firm A Foundation"

Love for Them All