The shout echoed down the otherwise silent corridor. Wide-eyed and stunned, the princess stood in the way of her father, the king. The man looked weary and as his daughter made him a prisoner in his own castle, he could suddenly feel the weight of the crown poised on his head.

”Opheliah, we’ve spoken of this. There is no choice in the matter,” the king spoke softly, not having the energy to argue. The darkened circles beneath his eyes and tired look he gave her was evidence of his reluctance to strike this conversation again.

It was obvious the princess was not satisfied with this answer.

”Father, I will not marry him!” she shrieked, stamping her foot to emphasize her words. No matter how he tried to justify her being promised to a stranger, she would not accept his words.

”You will marry, and it will be to King Amarock,” much as he tried, King Abbot’s voice rose in volume, his anger boiling despite himself. Over the past few weeks, his daughter had been more than difficult about the arranged marriage to the neighboring king. It was an argument that had grown stale quickly.

Before the king could argue further with Opheliah, she turned and fled, tears streaming down her cheeks. It wasn’t fair! The castle flew by in a blur as she ran out into the garden, past the guards and out into the open field before flinging herself upon the crest of the flowered hill.

Wiping the tears from her face, Opheliah thought back on the words her father had shared with her over the past week. The neighboring kingdom had once been ruled by another king, one that her father had made a pact with in order to solidify an alliance between them. The pact was to marry his son with Opheliah in order to join the kingdoms not only in words, but in blood.

The pact had been made before Opheliah was even born, while she was still within her mother’s womb. It didn’t seem fair that her fate had been decided before she had even come into this world. And when the old king had died a couple years prior, the princess had been certain the pact was void.

After her father met with the new king, her betrothed, and returned just a few nights after, he carried the news that Opheliah was still to wed him. And while she understood the importance of an alliance, her freedom was more important to her in that moment.

But she knew her father and how relentless he was to join his kingdom and the neighboring one. Submitting herself to her fate, Opheliah sat up within the flowers, drawing in a deep breath of their fragrance. The sun hung low in the sky, kissing the horizon. Just a few short days from now, she would be standing at the altar, hand in hand with the stranger she’d be promised to so long ago.

Stifling the sob that threatened to escape her, she brushed the stray hairs from her face that had fallen loose during her hasty exit. Some day she would have to grow up, or so her parents had always crooned to her. Perhaps her betrothed would allow her the freedoms she had grown so used to. Or perhaps she would be walking into the lion’s den... 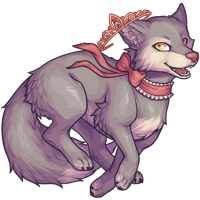 Celestial
♥️ Story and coding by