Draven has a minion! The Minion Menagerie is like no other experiment conducted within the four walls of a lab. Magical devices are banned from that section of Dr. Ian Asmodeus' lab that has been designated as a workspace for the project. Every plant, stone and crystal formation has been either gathered or grown by natural means to satisfy the needs of the minions held captive in model habitats from every Subetan land.

Draven was brought from a cramped research lab on the border of the Galaxan Wastelands to be a part of this massive project that will give the whole Subetan scientific community a greater understanding of how minions interact with their natural environment. He has always had a fascination for every branch of science he was able to study, from the combining of volatile chemicals to the dissection of cronks in the biology lab at Subeta University. Working to further the scientific advancement of Subeta is a goal he never tires of taking part in. Working for Dr. Asmodeus was the cherry atop his dream job cake.

He paused in his efforts to replenish the water supply in the Veta Lake tank, catching Ian's eye. His boss nodded at the precision of his measurements. Draven was trusted with even the most delicate instruments because he had earned that trust. He would never be so careless as to upset a beaker or overheat an unstable component.

"Did you hear about the biologist who took a beautiful woman on a date,
Dr. Asmodeus?"

Ian's lips pulled up in a smile. "Can't say that I've heard this one, Draven."

Draven grinned wider. He hated to have a good scientific joke ruined by familiarity with its punch line. "He wore designer genes!"

Dr. Asmodeus roared with laughter. Other assistants tried and failed to appeal to his sense of humor. Draven was the only one on the team who almost always succeeded. Curie only rolled her eyes as she leafed through a stack of research notes Ian had mentioned he needed. The talented rreign could isolate particles at light speed but not even the best quantum physics joke could get her to crack a smile.

They worked until the evening bell chimed, alerting them to the need to shut down all light sources except the special lamps that would imitate the night conditions on each part of the planet. Their test subjects must be kept in pure environments untainted by any factors that may be introduced by the environment of Darkside.

Draven took the time to enjoy his walk home, admiring the hazy light of sunset through thick red clouds. The Book Nook Connect was a little out of the way but he didn't mind. He could hardly resist a detour on the day the newest issue of Analytical Reviews was set to stock.

A trio of young cybills with pink bows on their heads clustered around a glossy magazine that gushed about spring lipstick trends and an exclusive interview with the members of Horns & Roses Revival. Draven curled his lip in disdain. Such trivial drivel was not fit to print. How could anyone, even an empty-headed high school student, waste their money on such frivolous nonsense?

Not one copy of AR had even been taken from the shelf. The observatory workers must be pulling a double shift. Draven smiled as he skimmed over the entries in the index. He read peer-reviewed scientific journals the way the average Subetan would read an article in 100 Degrees.

Davenport had published yet another response to those critics who doubted his theories on the true nature of dark matter. That one would be worth a second reading, possibly even a third. Draven sneered at the tiny column allowed to Gloria Lighthoof. The legeica made up for in witty prose what she lacked in research ability yet somehow she always got her name in print. He tore his eyes from the page to count out his coins. The clerk thanked him for his purchase in a dull tone that hinted at her deep desire to go home.

Draven could hear Ching Chang galloping the length of the kitchen as he unlocked his apartment door. The double dragon had been his first successful experiment, earning him top prize in the third grade science fair. He could have sold his minion for a hearty sum but had declined all offers. Even at the age of seven, Draven recognized the value of keeping a loyal creature close at hand. Ching Chang had an uncanny ability to figure out which boys were aiming spitballs at the back of Draven's head. Draven went from being bullied on a daily basis to having a whole lunch table to himself in just a few short weeks when his classmates figured out how good double dragons were at finding where they lived.

Draven put out two bowls of minion chow and clicked the old-fashioned radio on. The Subetan Theoretical Advancement Report came on promptly at nine. Draven was very much a creature of habit. He always listened to STAR while he read through AR.

He always saved the jokes & riddles page for last, skipping those listings that he found boring or stupid and memorizing the two that made him chuckle. He would have to remember that one about two protons walking into a bar. Dr. Asmodeus would love it!

He took a cup of soothing tea before bed, falling into his meditation hour by reciting the periodic elements first in alphabetical order and then in the order of their atomic number. It was in this relaxed hour that he always seemed to discover the solution to some problem with his experiment that had plagued him throughout the day. This evening was no exception. He kept a small red notebook in the drawer of his bedside table. Before his head touched the pillow, he had jotted down exactly how he was going to resolve that half-degree temperature increase in the Arctic Frost display without once displacing one of the minions within. The last thing he heard was the gentle double hum of two dragon heads snoring with a sound like wind chimes. 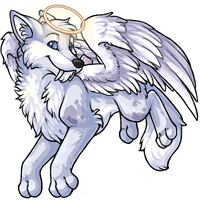 A Guide to Minions I

A Guide to Minions II