Navie has a minion!

It has been said by ancient cultures that upon the night of Hallow’s Eve, the deceased return to us. When I was a fawn, supple and naïve, I didn’t believe in this folklore. Much has changed since those times, and now Death himself has proven me wrong. The cool, golden autumn sun shone brightly through the amber leaves.

I remember it perfectly; the rest of the herd was close by, and I was scampering through a leaf pile. Litch walked up to me, his friends bantering behind him, but staying back. As he held his head high, he stumbled into the pile of leaves and fell with a less-than-graceful thud. As I giggled at him, his embarrassment illuminated his face. I’ve since found him endearing.

Litch was the handsome son of our Herd Leader. His mane was bright and healthy – his eyes like vibrant emeralds. Before we met, I thought Litch was pompous and privileged - grazing in the greenest pastures, eating the sweetest fruits. I should not have been so quick to judge, though, for Litch is selfless. I know this now. He has sacrificed so much for me.

The night was clear but breezy the first time I went to the pumpkin patch. My older cousin had taken me along – she was much more daring and full of spunk than I, but I enjoyed her company (most of the time) and didn’t want to seem scared. As we stepped into the pumpkin patch, a dog barked loudly at us, causing me to jump. My cousin laughed at me.“It’s just the farmer’s dog,” she whispered, “he can’t get to us.” I nodded and tried to calm myself. She distracted me with what we had come here for – pumpkins. Pressing her hoof against the hard exterior, she cracked the pumpkin open, slurping up the insides. “Try it!” she ordered. So I did. Pumpkins are delicious. My nerves had just begun to calm when we heard a man’s voice.“GEETT!” he yelled, “GETTOUTTA HEERRE.” I turned to my cousin, who had already begun bounding away in front of me,“The farmer!” she shouted back to me, “he means business! We have to get out of here!”So we did.

The next evening as I was watching the sunset from the height of one of the only hills in the valley, Litch had made his way to the top as well and joined me.“Where’d you go last night?” he asked, “I was worried.”I shrugged a little, “we went to the pumpkin patch.” “Oh…” he said, “I don’t think that’s a very good idea.”“We were fine Litch, it’s okay." I smiled at him and it seemed to calm him.

The next few weeks, my cousin dragged me along to the pumpkin patch again and again, despite my decline of her invitations…again and again. We had eaten almost all of his pumpkins, and that didn’t seem right to me. “Oh get over it Navie,” my cousin would say to me, “we were on this land first. He’s just a human.” I understood her point, but he had to have put hard work into his garden…

The last night of October arrived and again we went to the pumpkin patch. There were only two small pumpkins left, and the farmers dog began barking before we even stepped hoof into the patch. I stayed on the edge of it. “This doesn’t seem right!” I whispered to her.“Navie, SHUT UP!” she whispered back, if you can call it that. Her eyes were sharp and her brows furrowed.

Soon the farmer’s voice boomed through the still night.“You stupit animals! Eat all my damn pumpkins and still comin’ back for more! Those feed my family!” “Let’s go Navie,” my cousin said to me, almost indifferent to the threat.

But I was frozen with fear. I heard the distinctive sound of a shotgun loading, but still I couldn’t move. The barks from the dog were getting louder – I could hear his saliva glazing over his teeth – but still I could not move. A sharp pain soared through my chest, yet it was almost dulled with the expectation I had of it. It became hard to breathe, very hard to breathe, and I could do nothing but fall to the ground, on the edge of the patch. I watched as the only clouds in the sky rolled over the moon like a dark, heavy quilt. They soon fell over me as well, and I was completely still.

“You are mine now, Navie…” I could see nothing, but the cool, deep voice ran over me, sinking into my bones. Soon the world around me met my eyes, but it was as if I was looking through the only window in a dark, empty room. Litch was lying next to me, his head on my fallen shoulder, crying. My heart sank. I could see a figure approach him, though it seemed endless, without boundaries, filling the entire space around it. My eyes grew wide with fear, for all I could do was watch. Litch’s face grew stern and determined. He pressed his face against mine one last time, before nodding to the figure.

Litch transformed before me, becoming as edgeless as the figure. I understood what he had done. I could feel myself coming back to life, but in an aching, terrible way. My soul reached and twisted its way through my once lifeless body, pulsing back to existence, leaving golden vines in its path. Litch stood over me in his new shape. I could sense his confused joy but his face looked completely solemn. His sacrifice hung heavily in the air.

“Sooo sweet…” the voice returned. “You will only reunite when the boundary between the living and dead is at its thinnest,” it continued. “and you,” the figure turned to Litch, laughing, “you shall always be burdened with sacrifice.”

All other Art of Naive 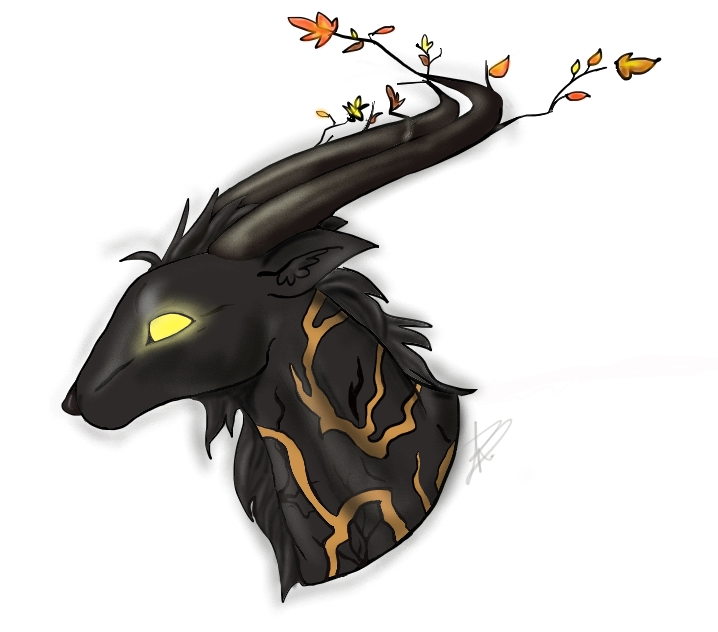 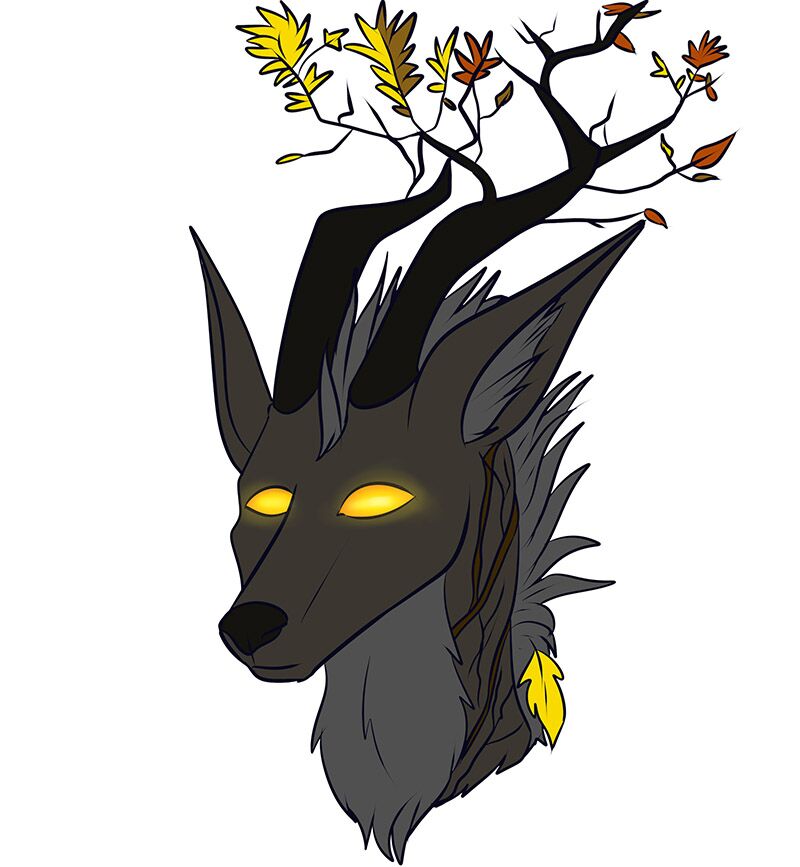 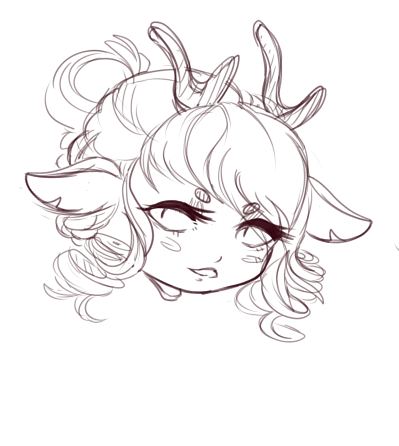 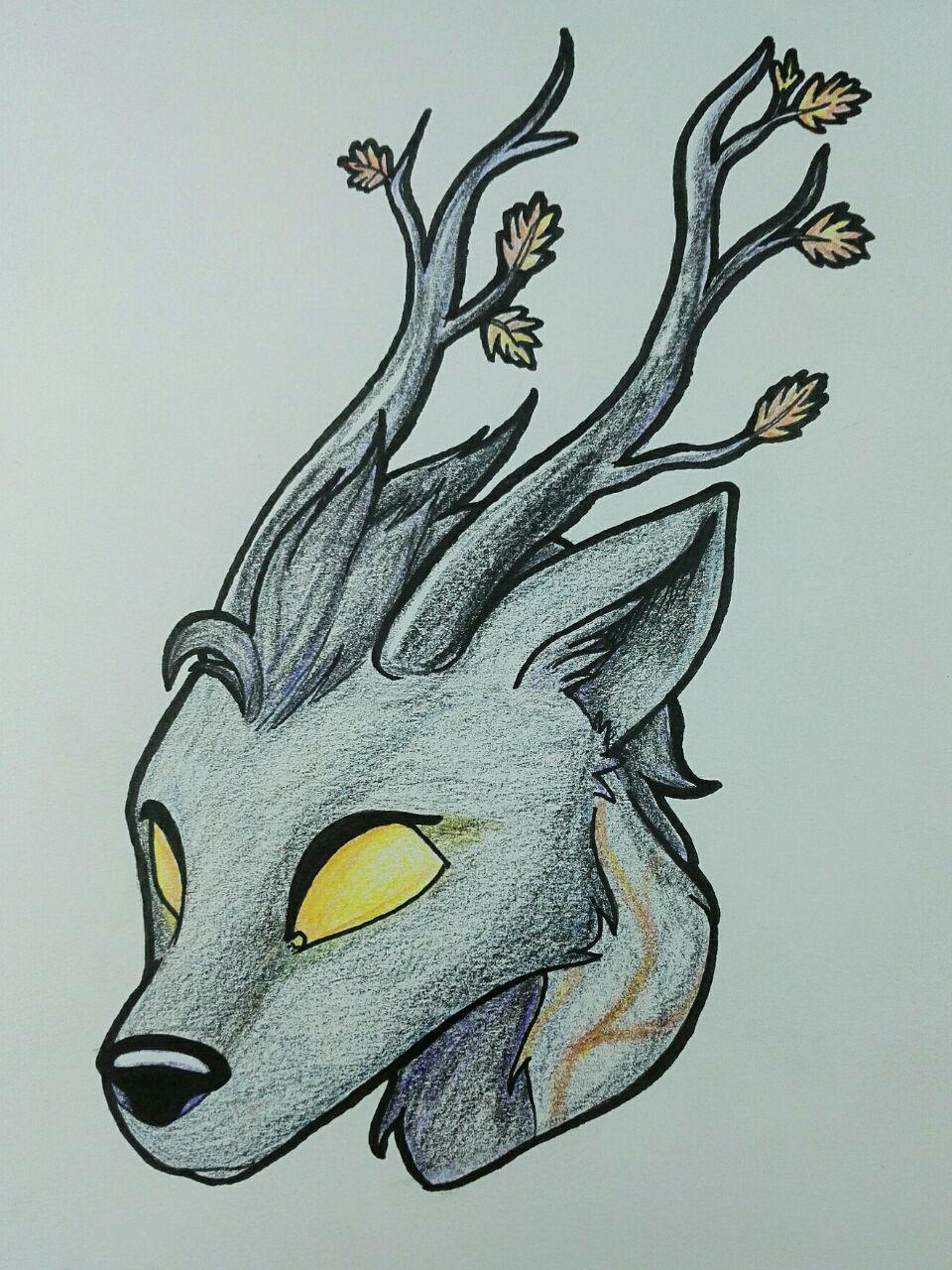 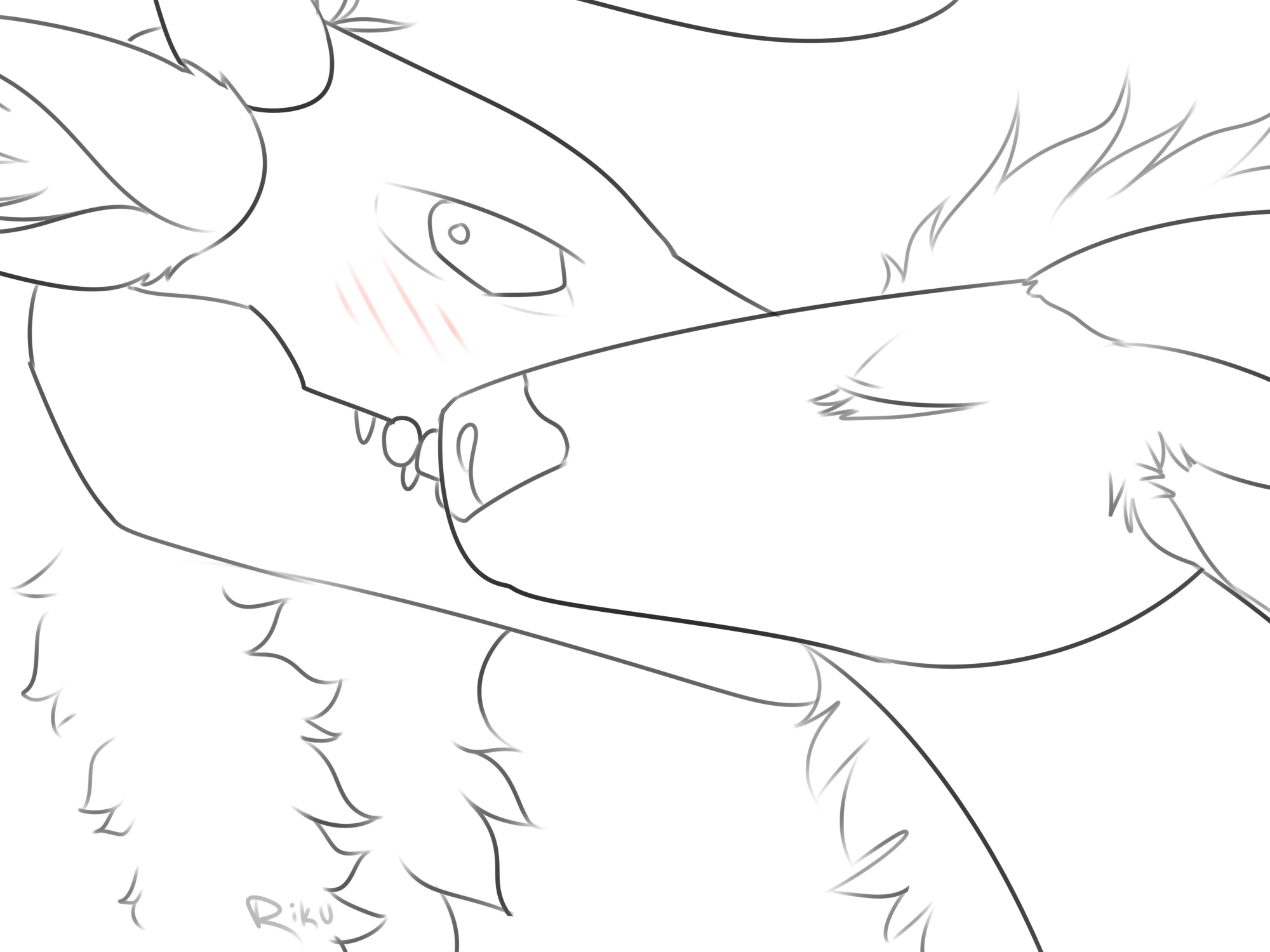 Spiced Roasted Corn on the Cob

Pumpkin Soup in a Pumpkin

Yellow Man in the Moon Plushie

Red Man in the Moon Plushie

Orange Man in the Moon Plushie