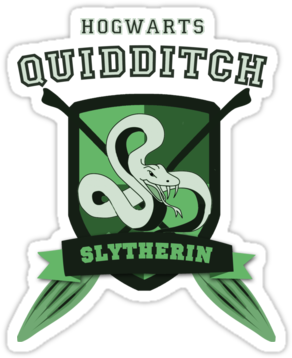 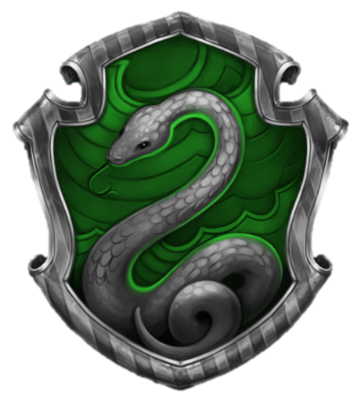 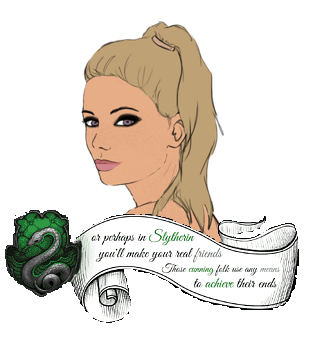 Slytherin was the last place that Maryah thought she would end up. Only a half-blood, she didn't think she would be considered pure enough for Slytherin, especially given that her father had been from Beauxbatons and her mother was a Veela. She had to beg and plead with her family to send her to Hogwarts to start with, wanting to be with her best friend Rose Marie. Her mother was determined to send her to Beauxbatons like her father, and while he agreed that it was a wonderful school, he wanted Maryah to have her own experiences in life and not follow in his footsteps. Her sorting ceremony was a shock to everyone; the half-blood Veela girl, who was timid and shy, had walked up with confidence and sat on the stool waiting to be put into Ravenclaw (with Rose Marie) or Hufflepuff (they seemed nice enough to her) only to be placed in a house with what everyone considered the worst witches and wizards around.

Turned out, despite her amazing grades and many friends outside of Slytherin, the sorting hat hadn't been wrong. On her first day, she befriended bad boy Malphoy and his group of friends, got detention (and extra advanced potions lessons) from Professor Snape for attempting to make an Elixir of Life instead of a Sleeping Draught, and ended up in Dumbledor's office with Fred & George Weasley no less than 3 times. Maryah wasn't what you would consider evil but she did have a tendency to break the rules and find herself in precarious situations. Like helping her best friend, Rose Marie, open a secret bakeshop in their second year after Malphoy suggested it. A bakeshop that sold goods made with specific potions that she created for them, some of which were illegal and could have you sent to Azkaban and not just kicked out of school.

Despite her illicit and felonious ways when it came to the bakery, Maryah was one of the top students at Hogwarts and was widely respected for her potions skills. She was also considered to be someone you could trust, the Slytherin reputation not deterring people from being her friend or seeking her out for advice and help. Malphoy even seemed less terrifying when she was around, though first years were still very soft-spoken around him. All of these things were why he was determined to keep her as far away from his family as he could, not wanting to ruin the good and bright parts of her by bringing her into the darkness of his world. Maryah helped as much as she could though by keeping him as safe as possible, constantly brewing & slipping Antidote to Veritaserum, Dr Ubbly's Oblivious Unction, Draught of Peace, and Felix Felicis, all combined with Everlasting Elixirs in his drinks on a daily basis. Maryah knew the troubles he was facing with the Dark Lord and his family and was determined not to let anything happen to him.

After all, Maryah will do whatever it takes (and poison whoever it takes) to protect her friends from death, torture, and pain. 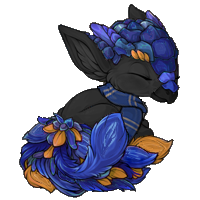 An incredibly smart and loyal Ravenclaw, who Maryah has been friends with since she was a child. They spend summer and holiday breaks together with Maryah`s family and spend most of their time together while at Hogwarts. They run a secret bakery out of the Slytherin common room together. 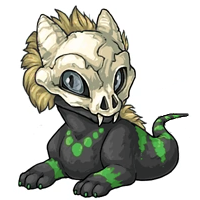 The infamous Draco Malphoy, who can be vaguely distant at times for her safety but is always there supporting and loving Maryah. Keeps her away from his family and the dark in his life as much as he can. He also protects Rose Marie like a sister.

Credit where credit is due...

Lea
All edits & floater codes by:

Know It All Rag Doll