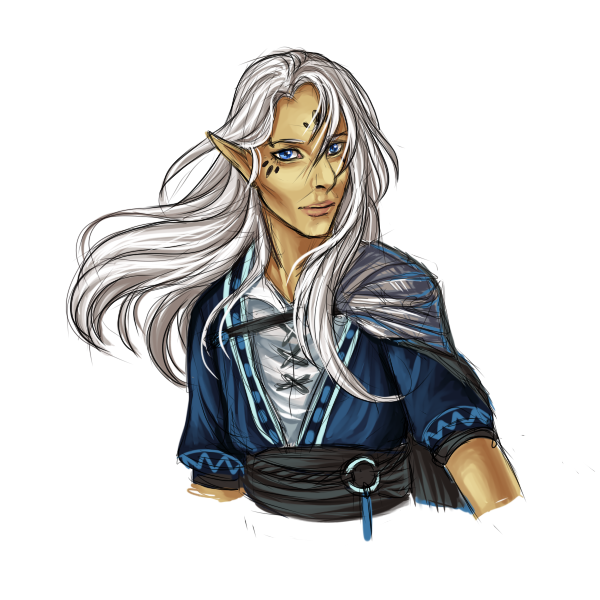 Saemos Talthos is the son of a wealthy treasure hunter named Aeron. When his father was lost at sea, Saemos took over the "family business". He continued his father's passion and in doing so wound up giving back to Seze and the lands around it. He is known as the richest man in Seze and is very jovial. Many love him because of this. During one of his adventures, Sae met Asami. She helped him during his hunts and eventually they grew close. The ocean Goddess often confides in him for that reason. It is said they were lovers but one has been able to confirm it.

Saemos is also half siryn. A siryn is the creation of the sea Goddess herself with the form of a sea beast and a separate elven one. Aeron had been tainted during an excursion many years ago and was converted into a siryn. Saemos was the product of him and an elvish woman he fell in love with. Sadly that relationship never lasted for his love for the sea and the thrill of hunting separated them.

Leafeather Heirloom of the Stars

Tempest in a Teacup

The Ancients Lui and Ta