Zalen has a minion!

Filled Up the Exhausted Maggot

Screams echo down the hallway. Somehow the metal walls amplified them, making the agonizing sounds seem worse. Within the infirmary, the doctor’s ears perk in concern and curiosity. It wasn’t Zalen’s first time hearing someone scream in pain, but he was currently stationed in Echo. Normally this meant a quiet visit until he moved onto another port, another clinic. Not this time...

Striding to the door, Zalen donned his ragged leather apron as he moved quickly. Clearly, this would be no ordinary visit to Echo.

”Towards the back, Liam. Bring him in!” Zalen called back as he cleared a table and hauled out his medical supplies kit.

Grunting with the effort of wrangling a man in pain, Liam guided a stranger through the doorway of the infirmary. Glancing up, Zalen took pause, watching the screaming man as he struggled and bled profusely. Where once a limb existed, only a bloodied mess remained. The doctor was seasoned, years into his practice, and blood no longer bothered him. The sickening smells and sounds of someone writhing in pain and bleeding to death were all in a day’s work.

”Lie him down. I… may require your assistance to hold him,” Zalen hesitated, knowing well what was to come would not be pleasant for the patient.

Liam did as instructed, struggling against the man to calm him and restrain him enough for the doctor to do his job. The remaining limb swung, fast. Fist connected with jaw.

”Damnit, Umar, stay still!” Liam screamed at the writhing man, forcing him down onto the table. ”Better hurry up!”

Zalen nodded, pulling out the equipment he’d require. Narcotics, syringes, scalpel, scissors, antiseptic wipes and the like. A quick sting of the syringe and the patient quieted a bit… for now.

”Hold him still. I must debride the wound and it will be… unpleasant for him,” Zalen cautioned, eyes darting up to Liam as he nodded in understanding.

Lifting the scissors, the doctor’s hands stayed steady as he slowly debrided the wound, cutting away the flesh and tissue that would most certainly go necrotic if left. All the while Umar struggled on the table beneath the firm hold of Liam’s hands. Teeth gritted, it was obvious he tried to stifle the screams, smother the instinct to wiggle away from the searing pain in what remained of his arm.

”Nearly there. Hold on just a few more moments,” the doctor softly spoke, eyes intent on the job at hand. A few more snips, and the residual limb was as clean as it would get for now. ”This may sting.”

Umar hissed as the antiseptic wipes came into contact with his injured limb, blinking back the darkness at the edge of his vision.

Threading a needle quickly, Zalen began stitching the end of the limb to make a smooth, rounded surface in which to eventually affix a new prosthetic device. Approximating the skin was easy, and bandaging was simple as now the patient was still and silent except for the labored breathing within his heaving chest.

Once the bandage was in place, the doctor was able to lean back from the patient. “Come, Liam… let us both clean up and let the patient rest.”

”Doc…” Umar spoke with a strained voice, eyes darting up and he reached out to grab the doctor’s arm to stop him.

”I… I can’t function… not without me arm. Not-not even with one o’ yer fancy lookin’ fake ones. I need one I can use… ta man me ship.”

It was unusual to see a captain of a ship, of that much was certain. Zalen’s usual clients were scavengers, port rats and the like. The captain certainly didn’t have that appearance about him, looking a bit more clean and put together than most. And for a functioning captain, the usual hook hand wouldn’t be enough. No… he’d need something better.

”Doc, I need yer ‘elp. I need ye ta… ta come with me,” Umar continued, grip tightening on Zalen’s arm. “Please. I need a doc anyway on me ship…”

Considering a moment, Zalen’s eyes surveyed the infirmary he was currently in. The walls were falling apart, dust gathered heavily on the shelves. Going clinic to clinic meant he didn’t have a place to call his, the passing of faces dulling his mind from port to port. No time or effort spent on cleaning any one clinic since he’d be onto the next within days. The offer to have a clinic of his own, even if it was aboard a ship, and a fascinating case to follow at the same time sounded like opportunity finally knocking at his door.

Turning his gaze back to Umar, the screaming man from minutes ago, the doctor gave one curt nod.

Umar grinned through the pain and discomfort. ”Welcome aboard, doc.” 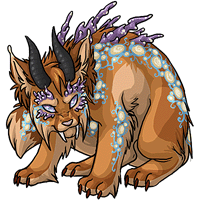