Lúcio is an international celebrity who inspires social change through his music and actions.

Lúcio Correia dos Santos grew up in Rio de Janeiro, in a poor and crowded favela that was hit hard by the financial upheaval following the Omnic Crisis. As Brazil began the long process of recovery, he wanted to find a way to lift the spirits of those around him. He found his answer in music and its power to bring people together and even help them forget their troubles, if only for a short time. He performed on street corners, in block parties, and as he got older, at a string of legendary underground shows.

But Lúcio's close-knit community was thrown into chaos when the multinational Vishkar Corporation secured a contract to redevelop large tracts of the city. Lúcio and his neighbors had been told that the development would improve their lives. However, that promise never became a reality. Vishkar imposed controls on the residents in the name of building a more orderly society: enforcing curfews, cracking down on what the company perceived as lawless behavior, and exploiting the populace as a cheap labor force.

Lúcio wasn’t about to let the Vishkar Corporation have its way, and decided to indulge in a little “lawless behavior” of his own by stealing some of Vishkar’s sonic technology, technology that had been used to suppress his people. He took that technology and fashioned it instead into a tool to rally people into action — and rally they did, in an uprising that drove Vishkar right out of the neighborhood. No longer an underground performer, Lúcio rocketed to stardom almost overnight, a symbol for unity and positive social change. Whereas he had once performed locally, he was now filling arenas across the world.

With his newfound fame, Lúcio realizes that he has an opportunity to make a difference and change the world for the better.
LÚCIO BRINGS MUSIC TO LIFE WITH SYNAESTHESIA WORLD TOURFOR IMMEDIATE RELEASE: 07/30/2015
Lúcio, an acclaimed musical artist who's built his career doing live shows, has already become something of a national icon in his home country of Brazil. Now he's poised to win an international following with his Synaesthesia world tour.

"My heart beats for Brazil," Lúcio told Atlas News. "I get inspired by the people here. Their struggles. Their triumphs. I want to share that energy—the energy of their lives—with the rest of the world."Lúcio is touring to promote his debut album, Synaesthesia Auditiva. He has labored over this work for two years, and from what we've heard so far, it shows. Last week, he teased fans across the globe by releasing two scintillating tracks from Synaesthesia. These previews have already skyrocketed to the top of the charts, surpassing his breakout single from last year, "Sonhos Ômnicos."

Synaesthesia's positive early reception has delighted Lúcio, but he's even more interested in what people will think of his tour. "I've spent two years working on new technology for the show. It'll bring the music to life. You're going to do more than just listen to it," Lúcio said. "You're going to feel it. See it."

The Synaesthesia world tour begins next Wednesday in Cologne, Germany. The opening show has already sold out, but Lúcio has said that a holostream service will be offered to simulate the experience for viewers at home. 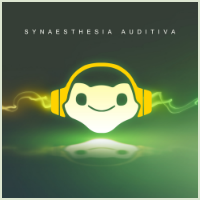 D.Va
Can I get your autograph? Frosty Night
What you Vishkar will never understand is that people should be free.