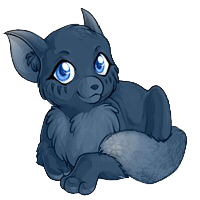 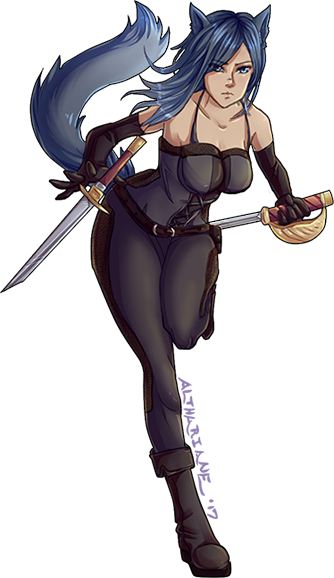 Her life began in the ashes, dark and beautiful. The island of her birth was wreathed in jagged obsidian coastlines, sheer cliffs, and at the heart of the island, the never sleeping volcano. Brilliant streams of lava lit up the night sky while warm breezes swept across the open fields. Amidst that harsh and hauntingly beautiful rock in the sea was a small village. The Tabaxi people who lived on that dismal plain were well equipped to live in the harsh environment. The humanoid felines were athletic, swift, and brave. They built ships, fished the coastline, and gracefully scaled the rocky cliffs to gather the wild berries that grew there. Among the Tabaxi was a young kit, her mother a shipwrecked human who fell in love with a Tabaxi. According to tradition, when their daughter was born she was named after the nature that witnessed her birth. On that morning the volcano roared and ash fell from the sky and so the kit was named Fire Rain Mountain, Rreign for short.

Rreign was never like the other kits. She wasn't as fast or as limber and her features were more human than feline. Her skin was darkly tanned, her hair a blue-ish grey, like a cats. Her ears were cat-like and her eyes were a vivid blue. They were cat's eyes, like her father's. From here fingers she could extend her claws and retract them at will and from the base of her back a beautiful long, fluffy grey tail swished behind her. The other children were covered in fur from head to toe, they had paw-like hands and their nose was very much like a cats, not at all like a human's, like Rreign's. No, she was very different, so she kept to herself.

Tabaxi kits were known for being wild and free, so Rreign was not supervised and being a loner, that meant there was no one there to help her when she needed it that day. It was a horrible day. She was swimming in the ocean, as she often did when she was caught by the undertow and dragged further out to sea. She should have died that day, but a fisherman returning with his day's catch pulled her to safety. After that Rreign wasn't so fond of getting wet.

Rreign still loved the sea, and she yearned for adventure, so when she was ready, at the age of 24 she set out on her first real sailing adventure. She was going to work on a trade ship and would be away for a few weeks. It was only a few weeks. Things shouldn't have changed the way they did.

There was so much smoke, so much ash, and none of it volcanic. Rreign returned to her home to find nothing but embers and rubble. She screamed until her lungs felt scorched, until she coughed from the soot she's inhaled. There was no one left alive. Her family; All of her people; dead, gone. Yet among the ashes of her home she found a single gold coin, it's face tarnished and warped. Rreign took the coin as a reminder of those she'd loved, of the island where she was raised.

Now it's time to avenge them.

Lucifell
CI by User not found: czar
Overlay by

Longsword of the Chosen

Pearls of the Coral Reef