Vinh has a minion!

Once upon a dynasty there was a prince with a thirst for power. Like many princes he was greedy. He was born third in line for the succession to become king so of course he wanted to find a way to somehow be the next in power. He trained hard in the military and became a general. After many years he became the leader of the entire army with over 100,000 troops of his own to lead apart from the whole of the army. It was never enough. He won every battle he was ever in, he fearlessly protected the kingdom and brought glory to his father everytime. Still he was not next to be king. Hearing about me and what I can do he decided to go on an adventure to find me at the top of the highest mountain to ask for help. It was a long trek he found a beautiful woman on his way apparently he had saved her from dangerous beasts in my forests. She was forever grateful and decided to stay with him for life. The prince started to change after meeting this woman. She wanted to lead a simple life living off the land peacefully with children on a farm. He had only ever knew a life of luxury and wanted to give her that. To show her the comfort of the palace. He began to forget about his obsession with becoming next for the crown. He never once thought of hurting his brothers or family like many other prince's had in the past. All he wanted was to do things the right way. To earn it by hard work, so he understood how she felt. Together they continued their journey to the top of my mountain where I watched the world in peace. There was a battle with one of the demons that lurk below my mountain. I don't interact with the animals, demons or beasts in the forest, it is their home as much as it is mine. There is mutual respect, anyways, The prince fought off the beast and vanquished it making him a hero throughout the lands even more than before. Unfortunately the woman was gravely injured. He came to me originally asking for help to get his father to make him next for the crown. In the end he asked for something much bigger. To save this woman he had fallen for. In return he'd give up his title and his thirst for greed in the palace. He had changed. I granted him this wish. I do not have emotions but I know he was a brave and good man. They live peacefully at the bottom of my mountain and I watch and learn. I enjoy being around the mortals which is why i stay here on top of this mountain. Sometimes I grant fortunes, Sometimes I'll bless a village's crops for the season. It is nice to see them so grateful.
I am the Dragon of Luck. Anyone who lays eyes on me during flight or happens to summon me will be blessed with copious amounts of luck.
Many come to seek me for aid in times of crisis in the many years i have existed,Kings, Princes, Commoners, Mages. I have seen alot of different outcomes for the future of our dynasty. 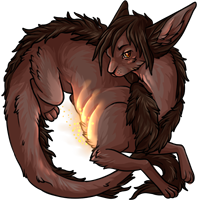 story by User not found: kurikokkuma