Suspiria has a minion!

Whispers of the Dark Matter

"What it's like
In the night
To sleep alone
With your demons inside?" 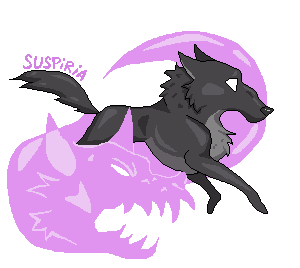 The witch age is extinct. Her coven, that one place she felt welcome, it was shattered. All familiar faces, they were dead. Her house, her village, all lost in the advance of time, the cities, the metropolis.
The eldest daughter, the girl that shouldn't have have ever been born. Oh no, not because of any biological mistake. But because from the womb there would be no chance of having a soul that, at least, was healthy. In exchange for absolute power, the mother, the lovely mother, delivered her newborn to the influence of the Occult. The daughter had no name, she belonged to someone else from the birth. She was His. Her soul would feed the shadows, and mommy would reign supreme among all covens. That was the deal she made, the first child in exchange for endless power and supremacy, for she wanted to be the world's most feared and powerful witch. Family was gibberish and it never really occurred to her that that was going to be her little girl, she couldn't care less, or so she thought. After the gestation she felt as vulnerable as the baby in her arms. What would be the use of power if there was no agreement on her mortality? The Occult would grant her the wisdom she sought, but there was nothing that could guarantee that He would let her live...
That was the moment when the parturient carved into the daughter's destiny for life, the moment when she drew a perfect circle on the back of the baby's neck — using a knife, so it was there forever. The little girl was bound to her mother now, and the Hidden could not take her away. That would be the greatest mistake the witch could have ever done.

There was a name, after all, and it would be the same name as her mother for they were one. Suspiria grew up with constant nightmares to haunt her, as if she was carrying a hole inside her, growing as she went through the years. And she had the most perfect life, too, until the witch hunting begun. Her mother would flee from times to times and Suspiria hated to be left alone with her siblings and father, she had a need to be around her mother constantly. She convinced the mother to take her on her next trip to wherever she went, and that's how she got initiated in the order of the witches, inhabitting that secret society her mother belonged to and to meet her destiny, that old promise years back that her mother pretended to be forgotten. Suspiria, adapted to magic with excellence from young age, found her best friend in the books, they soothed her soul. She was a natural witch and everybody in the coven was so proud of her.
But she was still tied, never knowing about the scar behind her neck. 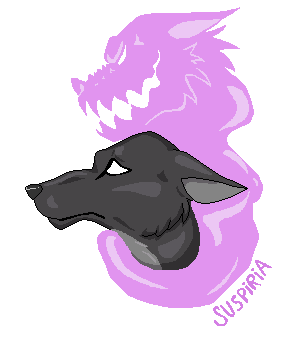 The mother's great fear, that little unimportant bond she broke many years ago when her daughter was born, well, the day to pay the price had come, and the Hidden One was infuriated by being inhibited from taking His promised fiancee's first blood. The mother was dragged to her crypt during a night of thunderstorms so no one could her her screams but the daughter, for she slept right next to her.
The carved circle was the bond that bound the mother to the earthly world, and Suspiria was taken by the impulse, her mind fully absorbed by the command or the will to take her mother's place in the curse and free her. Except she and the mother were one. The moment she took the mother's place, she was supposed to die but also to be saved from death at the same time; they entered a void of space and time, and after all, one did not exist without the other, but at the same time one could not live without the other.

The eldest daughter should never have been born. But death did not extirpate her existence nor her mother's. Suspiria remains alive, alternating around the earthly space, lost within time. It is as if she never really existed, trapped in limbo with her mother, both one single being. They may return to the past if they wish to cease eventual nostalgia, but nothing is real when they do. She is tied to the present time permanently, adding within itself all the knowledge that can dominate regarding everything that can distract her and mainly her mother, who will tell her to do such horrible, horrible things...

"And you're dreaming
Someone else's dreams,
And there's no one
To hear you scream..." Teleute
Hah! You can't find us! Minte
Come closer, no, stay back! Rancora
We can't help you. Sorry.

Marul
Are you here to help me? Darka
Pathetic, you can't defeat us. Coira
Are you my guardian angel? Aurea
I'm so sorry, are you hurt?