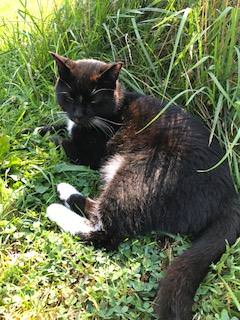 Tux in Boots, my best friend down at the farm I work at.

Many more pictures to come~ 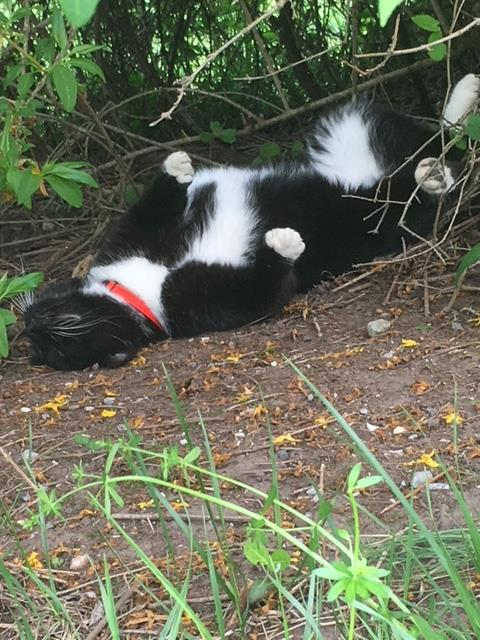 Tux knows many tricks. Here, he demonstrates how he "plays dead". 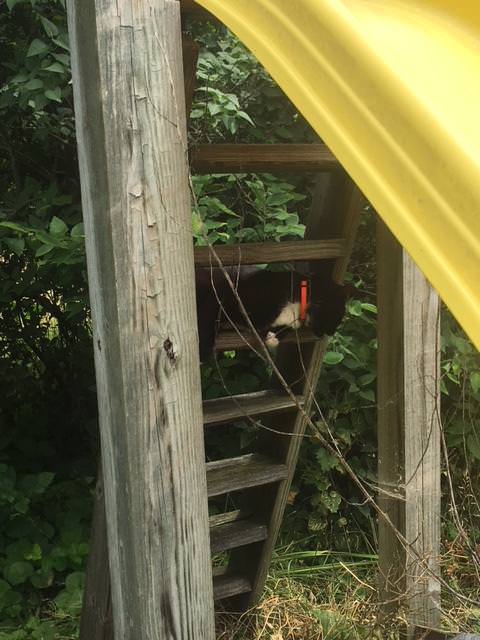 And here he is climbing the ladder to a slide. No really, he did this himself one day! He was acting all goofy and just started climbing up! He didn't slide down though. No idea what possessed him to do it, but apparently he wanted to show me that he can climb ladders. 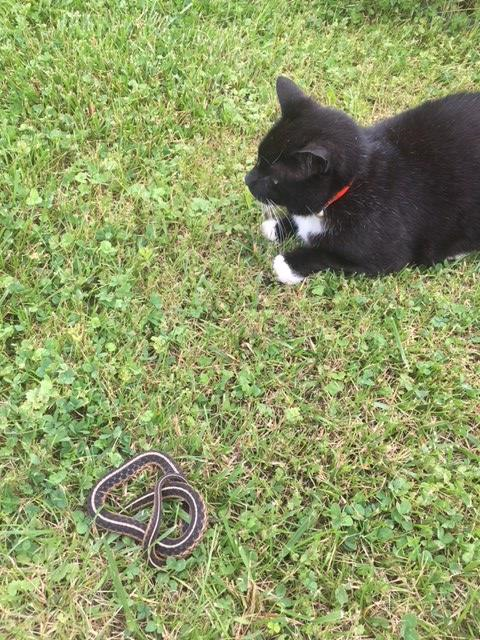 He's also gifted at hunting! Although, I wish he would hunt mice instead of the poor snakes.
(don't worry, I rescued the snake from Tux and set it free when he got distracted) 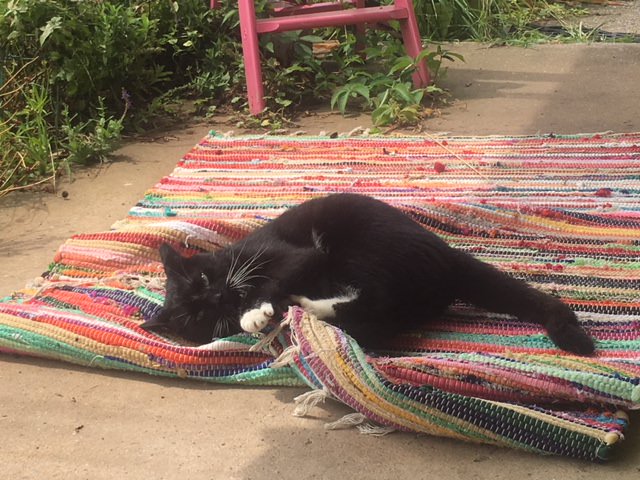 He has weird obsessions, such as attacking the porch rug... 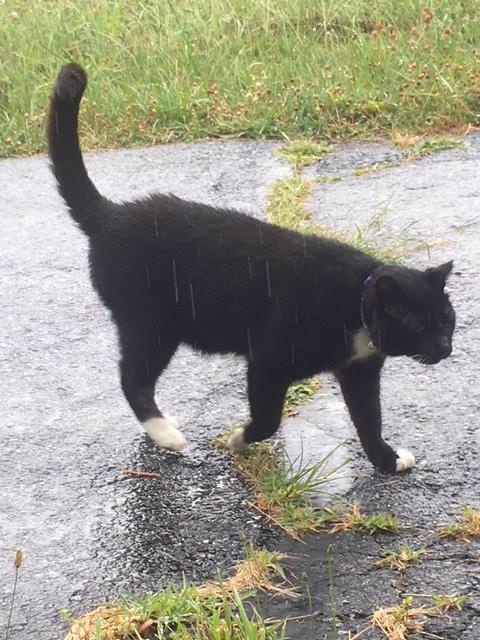 ...and being out in a rainstorm. 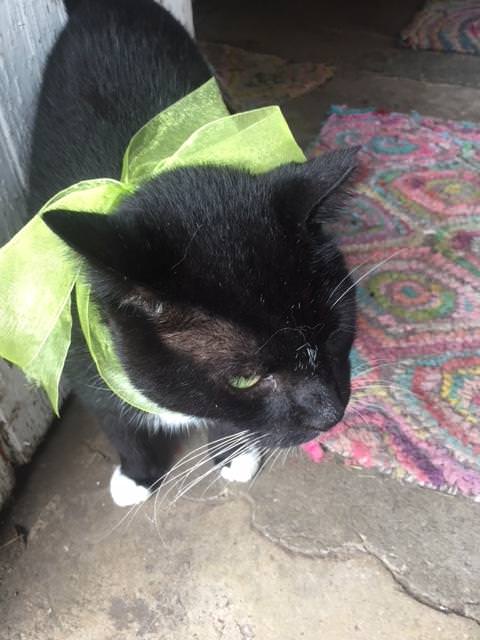 Tux is a very patient cat, and generally puts up with my weird habits, such as taking ribbons and making him wear it for a few minutes (I never leave the bow on permanently, that's dangerous. That's why he's got a breakaway collar on in the first place! and as you can see, he loses said collars often enough and ends up with a different one regularly, although we do find the missing ones sometimes.)