"The abhorrent creation of man's own twisted desire for absolute power." 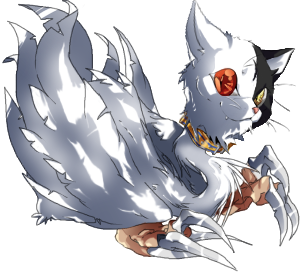 "And it is a wonderful occasion to be meeting you."

I will tell you this

"So listen close, my child. It's a tale of deception and revenge."

"You'll murder me, if I don't comply. All because I took away what made you guys so corrupt in the first place. And yet, you still think you're a hero. And you'll walk away from this, from my dead body, thinking nothing of it. You'll still use that power to step on everyone. No one should have this power...! Can't you see that?!"

who seeks revenge against every persona user. He was granted the ability to steal the power of persona from anyone who may possess it, and swears to take the power away from every user until none are left to possess it.

Akari likes to play the "innocent and pure" card when around people, but he's actually a bit of a prick and has a habit of pushing people away. All due to his inability to trust people since his forced awakening to Ikenty.

Despite publicly showing affection to Ken, he actually loathes him, and only works with him to accomplish his little revenge scheme. He is constantly shown bossing Ken around during battle, if not screaming profanities if the cat fails to deliver what he's expected of him.

The two are truly inseparable.

"Go ahead and shoot me. But I will always come back. So, go on. Pull that trigger, child."

Ikenty is the experimental prototype of a man-made Persona gone rogue. He was surgically implanted into Akari as a test subject, and helped the boy escape his entrapment. While he may be Akari's "persona", he likes to think of themselves as separates, and chooses to live besides the boy rather than as one. He takes to acting as Akari's "personal housecat", choosing to cozy up in the boy's schoolbag as to not draw suspicions to himself.

Ken has a unique ability to steal Persona from other users, using their own power against them in battle. Despite this, Ken is generally considered to be extremely weak, if not the weakest persona.

In many cases, Ken constantly implies how disgusted he is of his forced attachment to Akari, and will often comment and taunt his enemies to kill Akari, believing his death will ultimately free him from the boy. Ken's true goals are unknown, but he implies wanting ultimate power, and to become free from just being "a persona." 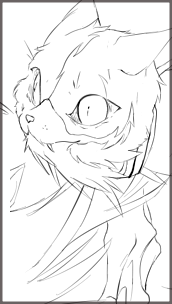 "You...want to know what happened to me?"

Akari flashes you a smile as he looks up from his desk. His hand was scribbling inside his notebook, perhaps working on another song of his. He seemed rather busy right now, though, but that look in his eyes surely took your interest in him into consideration.

"Well...maybe I'll tell you some other time. I'm pretty busy right now. How about we meet up later?"

You decided it would be best to talk to him later about this.

I do not condone the belief in

"The abhorrent creation of man's own twisted desire for absolute power."

"Shield thy eyes, for you can't comprehend this creation!"

Art by User not found: daniela

Note To Self Sticky