Antonius has a minion!

Antonius Lucis is the king of Saoris and rules along side his wife and son. Saoris is situated to the east of the Myrish river and north of Yespa. In present times, the only thing left of the empire is it's port city Seze.

Klaudius is the second emperor of Kratyr(name of continent). His older brother Darrias had ruled before him but through deception, Klaud usurped his throne. Antonius was one of the kings that ruled under him however he had yet to essentially "bend the knee" along side another regent named Argos who was king of Yespa. Argos and Antonius wanted to essentially depose Klaud for what he had done to their first emperor, Darrias. This was how a treaty was formed. Antonius would marry his son to Argos' daughter and together they'd take out Klaud. The only issue was that Antonius was unsure of Argos' loyalties. Argos was known for doing things that would only benefit himself. It would not be unlike him to secretly ally himself with the enemy in order to take out Antonius. Despite this he agrees to this marriage contract and chooses to take a chance since there was no real other option. Valhalla was of no help. Those lands were in utter anarchy and would soon ally themselves with the usurper. Nautilis had already bent the knee and so had Rusevine so that left Yespa.

This was where Klaudius saw weakness. He had sent spies to both lands. Argos was loyal to Antonius so it was clear he would not get anywhere. Antonius on the other hand was uncertain. He could play on that fear with deception. During one of his visits to Yespa, Antonius' son is murdered and a scandal breaks out. Ant blames Argos for his son's death and declares war. While the war rages Klaud waits. As Argos' men weakened, Klaud took this time to flank Antonius' army. He essentially wiped out all of Ant's soldiers, and finished off Argos', essentially winning the war. The only downside was that Antonius was no where to be found. Klaud at the time didn't care. The war was over. Saoris was his.

In present times he lives in exile with the Paladin, Raith. Raith vows to get the elder king back on the throne although Antonius has no real desire for it. 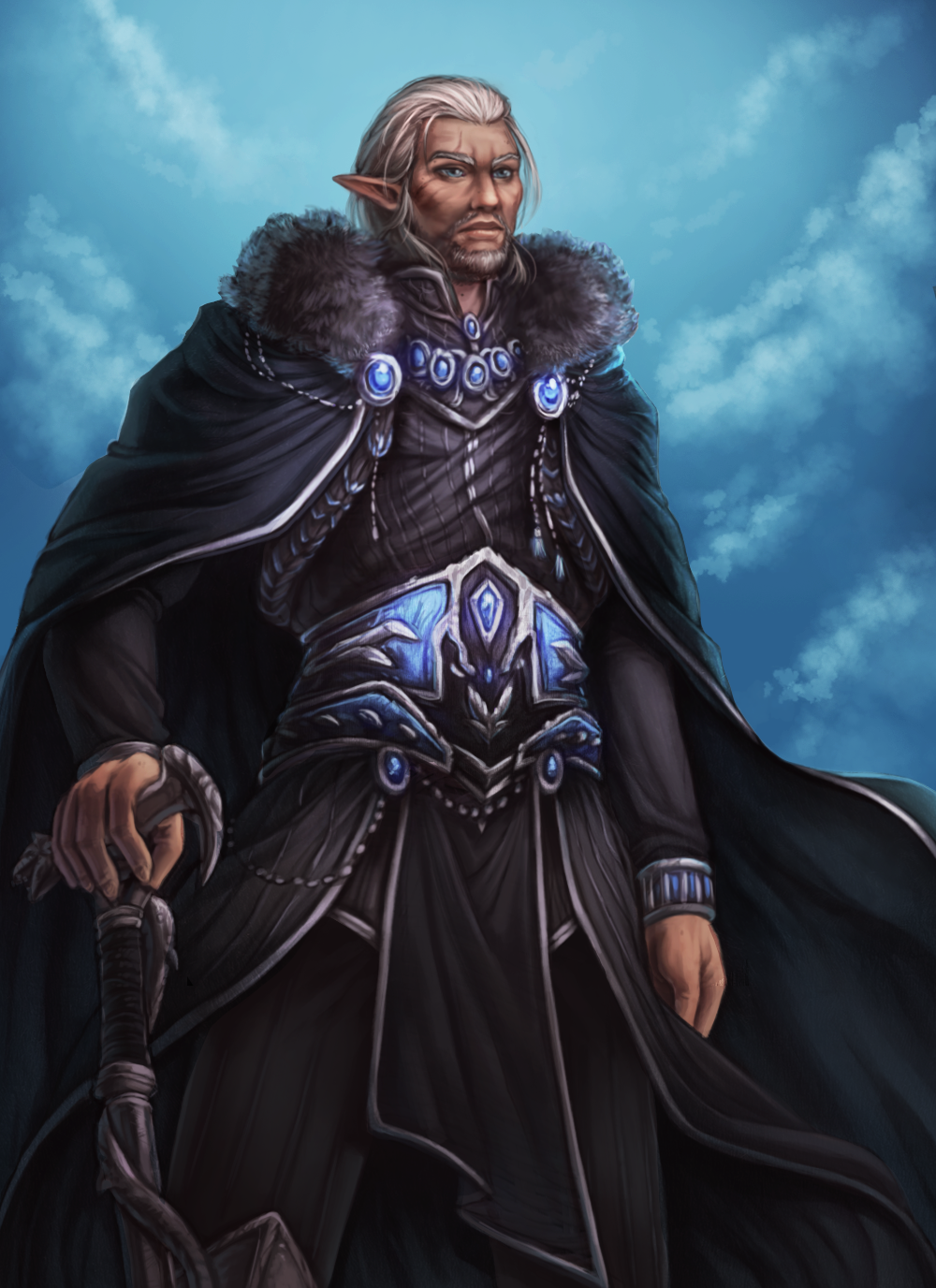 Ink of the First King

A Sparrow From A Castle Ruin

Standard of the Wolf