Shakers has a minion!

CREDITS
Fan pet of the White Rabbit
Story by

NOVELLA
Custom overlay by snow* (from

seashell
Shakers was wandering slowly through Wonderland for once in his life. He didn't have a place to go that day, it was very odd. Because he usually was worried about being late, he had no idea how to...relax. It worried him. Oh, stop it, Shakers thought. It's like a day off! And you're already ruining it by thinking about it. Stop thinking.

Shakers scolded himself continully throughout the day. As a habit, he always checked his pocketwatch. Every so often he'd stumble upon another Wonderland creature--either the twins Homer and Peter or that Cheshire Cat. Shakers, being such an anxious rabbit, was always startled when they popped up.

"You know, it really is rather upsetting when you're trying to relax and all of a sudden you hear a creepy chuckle like yours, Homer! Same to you, Peter!" Shakers would say angrily. And to the Cheshire Cat, "How can one not worry when they see a pair of large eyes staring at them through the branches of a tree? Honestly!"

But the Mad Hatter and is bright emerald eyes was the most startling of all--with his crazed carrot top and creepy grin, Shakers could barely keep himself from toppling over. Mad Hatter would just laugh some more.

"Oh, my dear Shakers, you must learn how to...how do they say, chill?" The Mad Hatter chuckled to himself.

Shakers shook his head. "I thought chill meant...oh, never mind! Anyways, if you know so much about "chill" then how may I succeed in doing so?"

"Well, first of all you have to get rid of that damn pocketwatch. It's very distracting for you. It will make you less anxious about the time." the Mad Hatter reached down and went out of his way to rip off Shakers' silver pocketwatch. Shakers looked up at the crazed man, astounded.

"That was rather rude!" he cried.

"You will thank me later," the Mad Hatter nodded and pocketed the watch. "Now that the ticking is out of your head...hmmm,"

Shakers stared up at the Mad Hatter, cowering. "What are you going to do?"

"Well, you're on your own now!" and the Mad Hatter ran off with Shakers' precious silver pocketwatch in hand.

Shakers fumed. He stomped his foot angrily. He could hear Homer laughing again--Shakers stomped off in the direction that the Mad Hatter had gone, after his watch.

On the way to the Mad Hatter, Shakers stumbles upon a green dress. He looks at it for a bit and then realizes something is moving underneath. He gasped as he uncovered the dress to find a girl. She was short, a brunette, with dark, dark brown eyes, perhaps a hint of violet.

Shakers stared back at her as he realized things: she must've been the one who canceled the tea party today. Hadn't she? But if she was here then why would the tea party be canceled?

...Oh dear! Then it's not canceled! And that means, oh no, what is the time? My pocketwatch! The damn Mad Hatter has it! Shakers shivered with anxiety.

"What is your name, girl?" he asked. The girl who was going to the tea party was named Vanessa. Shakers prayed it wasn't her name.

"Vanessa," she answered in a timid voice.

Shakers grabbed Vanessa's hand, and off they raced. 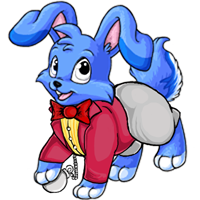 Duckerz
X by CROOKSHANKS*
X by