Traumatized has a minion!

The young girl showed the conductor her worn ticket, taking a seat halfway down the worn passage car isle. Once again, she was off to another corner of the world begging to be visited.

She looked through the large worn notebook in her hands, flicking through the pages. Each held numerous stickers, photos, or even drawings. Each sight pulled her in a different direction, her heart crying out in relief for but a moment.Once visited, however, each place had only caused an ache. Every time it felt like a piece of home for but a moment, but then it faded as quickly as it had come.

She sighed, leaning against the window as the train started. The stars were out in all their glory, the sleepy snow-covered town doing nothing to dim their light. Despite visiting so many landscapes, towns, forests, mountains, rivers and caves, whenever she looked up at the stars, that’s when she felt most at home.

Her parents supported her travels, not seeming to be perplexed in the slightest. How odd it was that kid was found in the woods would turn out such a way, and yet at the same time, rather fitting considering the strange circumstances. A child in the woods, with only bits and pieces of memory….searching for a home even after all these years.

Even so, she never told her parents how her eyes had started to change color every few days, nor how small animals she cared for seemed to miraculously heal themselves. Nor how she could walk, or even run for hours and barely be winded.If anything, those things seemed to make the stars feel all the more like home to her.

A few hours after the train had originally left, she stepped out onto the platform, taking a breath of the cool, crisp air. A small town flickered to her right, evening streetlights bathing that path in a soft glow.To her left, was a path that led over the train tracks and to the near mountains, where something called to her.The stars egged her onwards, as she took the obscure path to reach the mountain peak. Maybe that’s why it was so enticing. It was a way to get closer to those heavenly bodies that sparkled and seemed to call to her.

A slight smile flickered onto her lips at that thought, however.
Perhaps someday she’d visit those too. 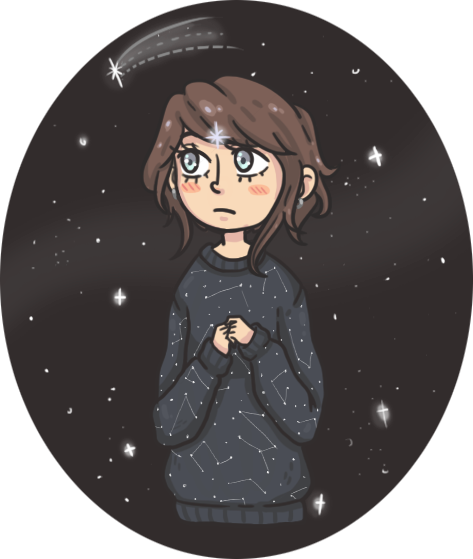 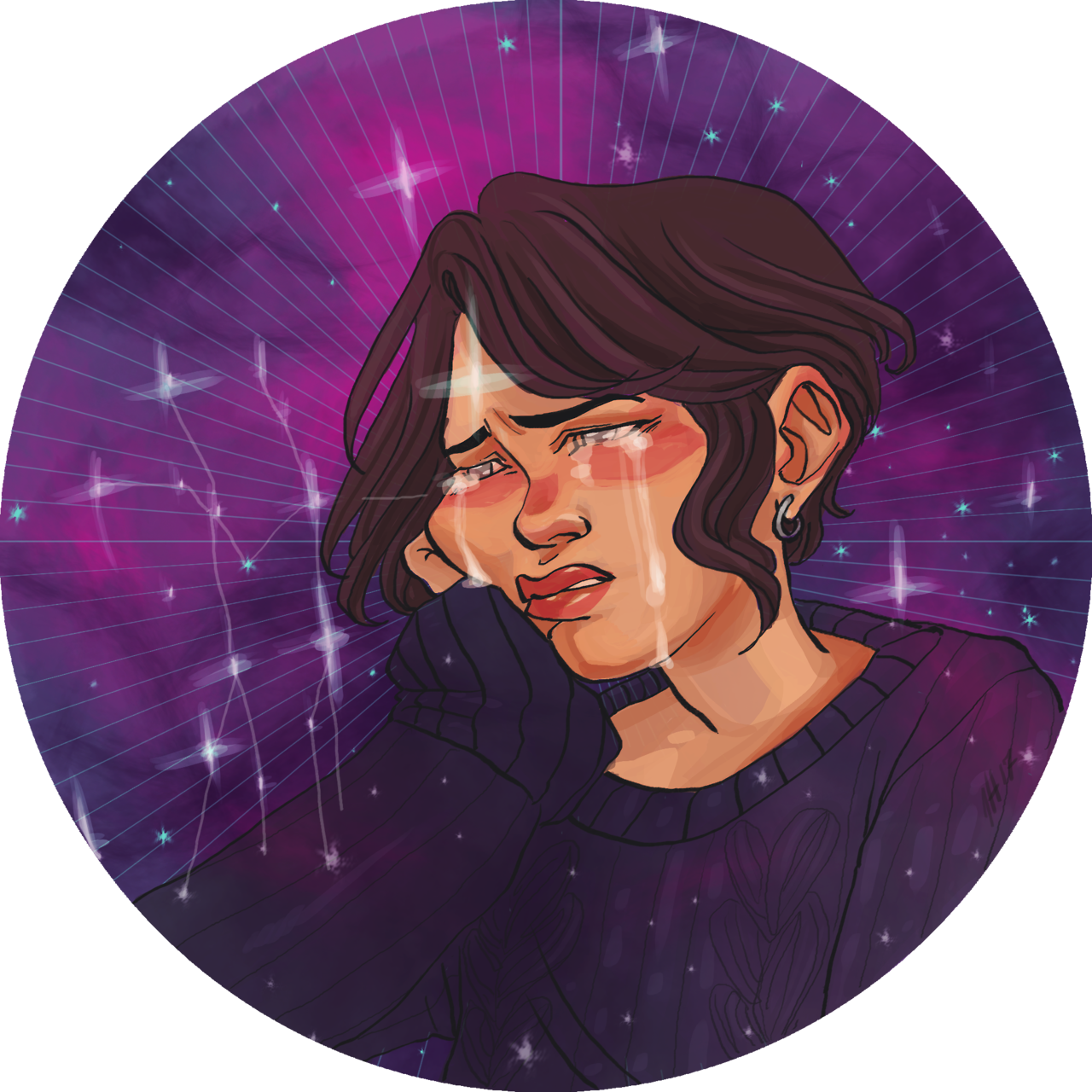