Rosamaria has a minion!

The Wizarding World DOES exist!

The Wizarding World DOES exist! I know it does! Isn't it so obvious? No one believes me though. Mother and Father don't believe me. That's why they sent me to stay with my older brother right after I graduated from school. He's currently living at a friend's place out in the country. Mother and Father said the fresh country air would be good for me, that I needed to get away from the influences of the city. I told them that I really didn't mind. Wizards quite often prefer to live out in the country anyway and Scorpius' house is so old it's probably chalk full of doxies and all sorts of interesting things. They could only stare after that, probably having succumbed to the obviousness of my statement.

The Prime Minister FINALLY replied to my letters.

The Prime Minister FINALLY replied to my letters. I thought he was rather rude about it. I thought I had thoroughly convinced him that I already knew about the existence of Wizards so he needn’t fear about keeping secrets and all that. Since I already knew. Obviously. But he persists in telling me otherwise. I really am finding him to be quite tiring. But I won’t give in! I won’t be beaten! I have waited years for my owl to come! Summer after summer, year after year. Why are these silly Muggles all conspiring against me? Do they think I’ll grow tired of waiting? Do they think that now that I’m 18 I can be persuaded to “forget” about my true identity? My destiny? I think not.

Scorpius’ cousin Violette knows some methods that I might be able to employ to aid me in my endeavors. They might not be considered “traditional” magic but I do find them quite, intriguing. Though, his other cousin, Ayame, is a complete idiot. I firmly believe that he is working for those who stand between me and my entrance into the Wizarding World. His clearly insincere flattery will get him nowhere. I repeat: nowhere.

For now, I will bide my time.

For now, I will bide my time. Lull the instigators of my entrapment in Muggle society into a false sense of security. For when the time is ripe, I will have my day. 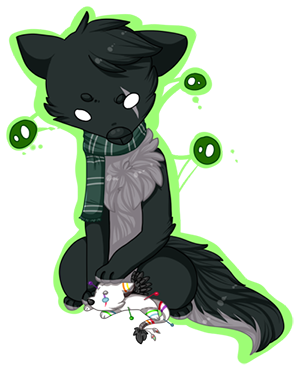