Jules has a minion!

"Accept this love sincere, from the bottom of my heart
for now our time is here and love shall heal the scars
Now twilight hides the clear, and haunts the day away
We cross the last frontier, and it sets our hearts ablaze..." 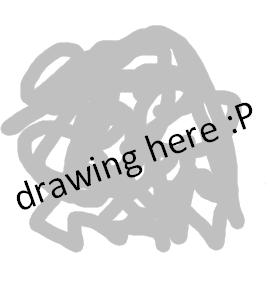 There she was, bored to the bone. Aleida had fire running inside her veins and she knew she had to use it, and the fiery heroes from the Order of the Sun were quite the fit. She arrived there at a very young age, having this fierce temperament ever since she was a little girl, and that place was nothing but a training ground. A battlefield, perhaps. The warriors of the Sun were brave soldiers, born and raised, fearless and indomitable. And untamed at heart, she was one of the best pupils they had. Her long eyelashes and thin silhouette would make you think otherwise, long girly fingers and tall figure, she could be a model. Except that her heart and her mind were set on battle. Her bright red hair shone like the sun while she ran across the arenas, she was fire herself and she was on fire.
The training was easy and very enjoyable, it was almost a hobby, considering the fight masters were unscrupulous and unyielding. She had it good, and she worried never.

Her skills made of her a very popular girl, walking around the halls surrounded by friends and admirers, followers dying to catch her attention. Her trainers had lot of pride in teaching her their skills, and no wonder she was one of the chosen to join the official guard, despite her young age. And there she was, as bored as never, watching as the ceremony developed. She had barely joined the crew and already worn out by monotony. Gosh darn it, it was all the same over and over again, when was the real challenge beginning?
Then she saw her. As the royal blood joined the room, there was a long haired girl who looked as pale as a candle. Look at her, such a boring girl, wearing her fancy cloths and adorned in boring jewels. Her boring long face and beautiful, beautiful melancholy inside. Aleida couldn't stop staring at that girl, and it wasn't until she looked back to her, that she actually felt something. It was something different, and the boring looking girl and Aleida got close pretty quickly, meeting each other in secret and away from the eyes of strangers. For the first time, the fire within her was happy about something, for the Moon twisted girl was quite a challenge herself. How could they be together if they belonged to such different worlds?
Turns out Aleida was right, and the girl was the challenge she was waiting for her whole life. Together, they descended from the skyes so that they could never be apart, never hiding or missing again. And the world was there, expecting them. And Aleida, oh, Aleida was expecting the world.

"Take this love, my dear, and cherish it in your heart
You shall have no fear, nothing could tear us apart
Let me dry your tears and hold you in embrace
Until we disappear in the crimson haze." Headley
Baby you are safe with me. Snow
And freeze to death? No way. Diabla
What kind of trouble?