Shadows has a minion! 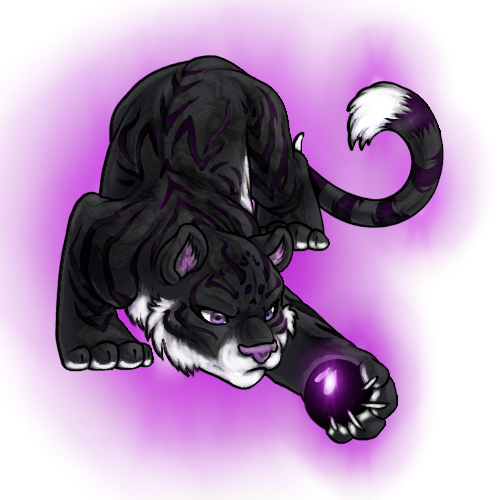 I tend to watch silently from the shadows.
You learn a lot more that way.
~Sherrilyn Kenyon~

Everything that we see is a shadow
cast by that which we do not see.
~Martin Luther King, Jr.~

I thought the most beautiful thing
in the world must be shadow.
~Sylvia Plath~

Poetry is an echo, asking a shadow to dance.
~Carl Sandburg~

He watches from the shadows.

Sure, you can call him a spy in a technical sense. He works for SAI. He does surveillance on some of the most notorious denizens of Subeta's darker neighborhoods. He is very good at his job but he's not the flashy blow things up and swing to safety on a zipline type. The way you'll know Shadows is effectively doing his job is if you're never aware he was in the room.

Though if you are skilled enough to spot him, he'll be good-natured about it. He has been known to recruit some of the best and brightest young agents currently taking the field for SAI. Among these are Rainbow Hoofbeat, the talent behind the busting of the infamous Half-Baked Cupcake Gang and Telly Ninetail, the handsome desperado turned good guy who brought down the Dirty Darkside ring and saved countless citizens of Shadowglen from a nasty invasion attempt.

Shadows is a master surveillance technician with eyes all over Subeta. There isn't much that goes on in the public sectors without his knowledge. (He even has eyes in the lairs of some of the most notorious villains though this is very hush-hush.) His cameras can look like anything - the bolt on a steel door, an insect minion buzzing around a light fixture - even the lid on a Get Mugged coffee cup. There is no limitation to his genius when it comes to new and inventive ways to keep the citizens of Subeta safe.

His photographic memory serves him well in repairing those bots that go through the usual wear and tear. One glance at a complicated technical diagram fixes every detail down to the last washer and bolt combination in his mind. He can also recall every detail in a room hours after seeing it. There's no pulling the wool over this tigrean's eyes. He can tell you the color, texture and weight as well as the neela it came from...as well as the exact hand size and general physical shape of his would-be attacker.

Echo is his secondary pair of eyes, ever vigilant and deeply loyal. When Shadows finally gives in to sleep, Echo is sitting nearby, observing the room and seeing to it that no one tries to sneak up on his friend and master.

Shadows' official job title, were you to take a look at his resume, is Diagnostics Technician. On those days when he's not active on a mission, you'll find him tinkering at a desk with some new gadget that's just hit the market, trying to determine how he can better it to fit the needs of SAI. He will undoubtedly be munching some heart-healthy power breakfast that Rumi no doubt had a hand in creating...unless he can get his paws on a cinnamon roll with icing. Careful as he is about his figure, those blasted sugar bombs are a weakness he'll never quite be able to shake.

If his work keeps him glued to a chair until late into the night, there's no need to run up the power bill. Shadows has his own glow that he can grow or dim as the situation requires. It's an advantage that comes of having traveled the darkest corners of Darkside as a cub and stealing a drink of a Darkmatter Potion by stealth. It was life in the untamed streets that convinced him the citizens of Subeta's unseen corners needed a champion.

To shine a light on crime, sometimes one must become one with the shadows.

They Watched from the Trees