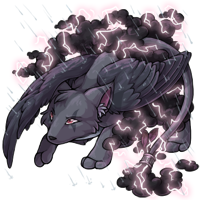 ”That looks great. And hold—“ The camera flash went off in a blinding light. “—Beautiful. Chin up just a little, look straight at me, Kat.“ Another flash erupted from the photographer’s camera. “Perfect. I think we have what we need,” the photographer commented as he flipped through the frames on his digital camera, eyes diverted from the beautiful woman standing in front of him.

”Of course you do. Why do you think the boss put me on this shoot?” Kat spoke up, a tone of slight irritation creeping into her voice. The photographer was new; Kat wasn’t. She’d been with Sakuraso Studios for years now and had clawed her way to the title of ‘top model’. When a high-end fashion magazine needed a spread or a product represented, Kat was the one they called in. There was just something about her that the companies liked that nobody could quite put a finger on.

The photographer looked up at her from his camera, obviously abashed at her comment towards him. Before he could sputter out an apology, Kat dismissed herself from the shoot with a scoff and a hand lifted in his direction to silence him. He’d learn soon enough that his new appearance on the job wasn’t why she treated him poorly; she did the same to all of the photographers and many of the other models. It was a cutthroat business and she was determined to stay the most in-demand model from Sakuraso Studios. And Kat was the type of woman that was driven enough to seek out what she wanted in life.

Excusing herself to the area where the other models were preparing for other photo shoots, Kat spotted the only other model she got along with; Miaki. Smirking, she walked up behind her friend and placed her hands quickly over her eyes to block her view. Bending down, she whispered in her ear “Guess who?”

”Kat!” Miaki said with laughter in her voice, trying to pry the woman’s hands away from her eyes. ”C’mon, I have a shoot coming up in just a couple of minutes, don’t mess up my makeup!” Miaki pleaded, to which Kat released her.

”Ah, you’re no fun,” Kat teased before plopping down on a stool next to Miaki. ”Why don’t we skip out of here for the afternoon and go find something else better to do?” Giving Miaki a sad look, she pleaded with her friend to leave the studios. Now that Kat was done for the day she had no more plans lined up.

”Kat, you know I can’t. After the shoot we can—“ but Kat wasn’t listening anymore. Kat’s gaze had moved away from her friend, watching as their boss, Jin Kiro, walked through the set area. Following Kat’s gaze, Miaki caught a glimpse of Jin before he was out of sight again, going about his day. “I don’t know why you keep holding out hope he’s going to notice you. He’s always so busy and has his entourage with him at all times,” Miaki said, turning her eyes back to Kat. “He doesn’t care about us. As long as we keep doing our jobs, he’s perfectly happy not even knowing our names.”

Smirking at Miaki, Kat shrugged her shoulders a bit. ”One day he won’t have a choice but to notice me,” she responded cryptically with a grin spreading across her lips. One day, she would use her powers to manipulate her pheromones and he wouldn’t have a choice but to notice her and desire her. She was just waiting, anticipating the exact moment in which he would finally be hers.

Snapshot of a Kiss

Giselle As Good As Lobsterclaw Shoes

Giselle As Good As Apple Compact