Midus has a minion! 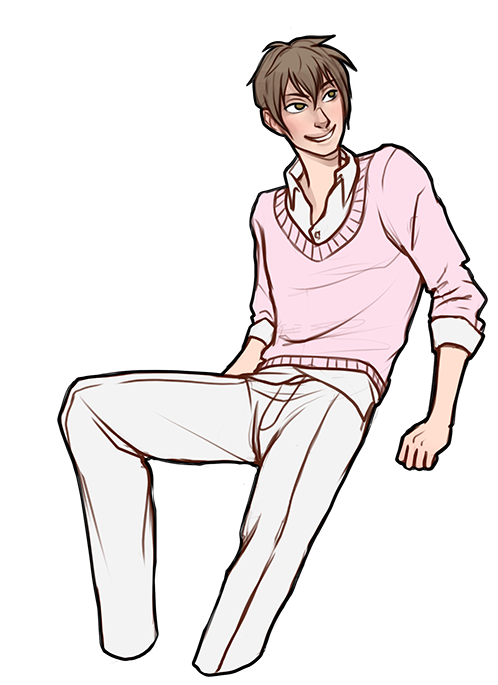 The sound of rubber soles squeaking across the freshly cleaned wooden floors. The lingering sting from the ball hitting your palm. The net always seemed so high from a standing position like there was a wall standing in your way. Listening to the ball whistle through the air cutting it’s path from one side of the court to the other. There was no rush that could compete with the perfect spike scoring perhaps the last point needed to bring the team into victory. Into the nationals. Volleyball was his life.

High school years were supposed to be fun and spend cultivating friends, getting good grades to continue on to college, and learn those valuable life lessons. For Midas it was all about sports. Basketball on the weekends with neighborhood friends on chilly nights with only the street lamps to light their court. He’d learned Judo as a child, he was a tiny little boy back then, but it didn’t stop him from spending some of his free weekends at the dojo if they needed a helping hand teaching the kids.

There was nothing that could compete with Volleyball. He breathed, slept, and ate volleyball. Earning the honored position as a wing spiker his freshman year of high school and inevitably becoming the team's ace.

He hadn’t put much thought into his future, his career or college, he never thought that far ahead unless it involved practice, beating a rival team, or making it to nationals. Though his grandfather had forced him to pad his high school resume even further by joining at least one club. Oddly enough he joined the insect collecting club. His grandfather loved bird watching which took them outside often and in turn he also picked up a small fascination of insects so it only seemed fitting.

His mother sent him to Japan when he was in elementary school to live with his grandparents. He’d lived with them ever sense, even though he went through a small rebellious stage in middle school and the beginning of high school which lead to a ear piercing. Most of all it forced him to start playing volleyball, it was his grandmother's idea, to keep him out of trouble.

In the last year of high school meant this was his last chance at going all the way in nationals. With his best friend at his side as the team’s setter, his team, and his grandparents cheering him on from the stands he could do anything.

The summer before his senior year was hot but it only fueled the fire burning inside.