Shadey has a minion! 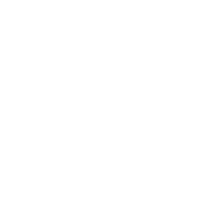 The miners call him a shadow monster. They've nicknamed him Shadey, and they think he's just a trick of light and shadows deep in the darkest parts of the coal mine. He's old, older than any of them, but he still feels young, as if it was just yesterday he became what he is now.

The mine where Shadey spends his days and years is old. Older than most of the surrounding area. It started with a simple cave with a seam of coal reaching down deep into the earth. The cave had many entrances, some big like the main entrance that were tall enough for a grown man to walk through without stooping. Others were so small only a child could crawl through.

Shadey had been one such child, bright eyed and curious. His parents had long ago stopped paying him any attention, so he found his own way around the lands surrounding his village. The cave, not to be a mine for several decades to come, was only a mile away from the village. The villagers had many superstitions about the cave, and never entered it. Any time a child disappeared or wandered off in the middle of the night with no explanation, the cave was blamed. Still, they did not dare enter.

Shadey only vaguely knew of the taboo about entering the cave. He was still young enough that adults spoke freely around him, assuming him too young to understand what they were saying. Shadey understood every word, but he'd been taught from birth that a loud child is an unwanted child, so he prided himself in being as quiet as possible all the time. It made him a very good listener.

When Shadey first came across the cave on his wanderings it was one of the entrances only the size of an apple. Shadey could fit his fist through it into the cool dark of the rocky earth, but nothing more. He was fascinated, though, and since nothing bad had happened to him yet, he didn't understand why adults seemed to fear the place so much.

The next entrance to the cave Shadey found was about the size of a cat. Shadey was able to squeeze in crawling on his belly. The rocks threatened to scratch at his skin but he went slowly and carefully and he remained unscathed. After a short distance the passage opened up large enough for Shadey to stand up.

He walked along into the earth as it got darker and darker. He followed twists and turns, keeping one hand on the wall beside him and another in front of him so he didn't run into anything. He couldn't see a thing, but he could hear all sorts of things. There was dripping water somewhere off to his right, and deep and faint reverberations from somewhere far above him. A faint squeaking off to his left might be mice, or bats.

After walking for an hour or two Shadey began to wonder if he should turn back. He knew he could find his way back just by following the same wall he'd had his hand along the whole way down, but he wasn't sure he wanted to go back. He thought of his mother and father, and he felt nothing. They had never wanted him. He thought of his village, of the adults who ignored him and the other children who thought he was strange for being so quiet. He wouldn't miss them. The realization felt like letting go of breath he didn't know he'd been holding. He had no reason to go back. None at all.

Shadey stayed in the cave. He slept when he was tired, and he walked around when he was bored. He found water to drink when he was thirsty, and though he knew he should surely be hungry by now his stomach never made a peep. He liked the quiet sounds, and the dark. He never stopped to wonder what the villagers back home must think.

Shadey's parents noticed he was missing the next morning. Neither of them could remember when they saw him last, and none of their neighbors could remember either. He was so quiet, no one noticed him much at all. They suspected the cave was somehow to blame for his disappearance, but still they would not go in.

Shadey was not the first soul the cave had claimed, nor would he be the last. Eventually his body faded away and he found instead of walking through the cave's many tunnels, he could float. Years passed, and Shadey felt completely at home with the cave's comings and goings. He never thought about the village again.

Eventually the village became a town, and then a city. Outsiders came who didn't know about the taboo of entering the cave. They found its main entrance and when they realized there was coal in the cave, they quickly turned it into a coal mine.

Shadey was too shy to approach the miners. They seemed so familiar, yet so foreign. Shadey could understand their language well enough but it had been so long since he'd spoken he didn't think he could speak at all anymore, and besides, he liked the quiet.

Still, Shadey was curious. He'd watch the miners from afar, hovering close enough to see what they were doing, but far enough away to avoid being seen. He wasn't entirely successful, and he was spotted by enough of the miners for them to give him the nickname Shadey, for his shadowy appearance and shy nature. Shadey could not remember the name he had been born with, so he adopted the name as his own.

He's still there today, in the depths of the mine. You might see him, if you look closely. He's hard to see, just wisps of black smoke against the black coal-lined walls, and two eyes like that of an owl, equally black staring back at you. You can say hello if you'd like, but don't expect a reply. Perhaps just the echo of your own voice.

Joichi
background from freepik
story and profile by