"I'd fly away to a higher plane
To say words I resist
To float away, to sigh
To breathe... Forget 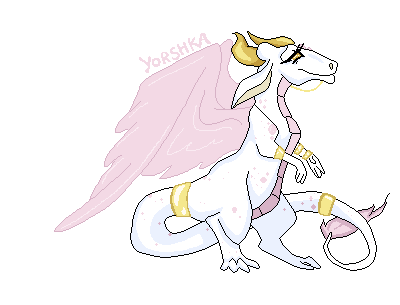 I won't tell you she's a fallen angel for angels don't fall — they get pushed, kicked, banned.
They will tell you they fell, so they can't be judged. After all, this way they are the victims of the whole story, and you never see someone asking why, or how it was. I mean, how does a winged creature fall off its place?

If it isn't hurt.
Yorshka wasn't hurt per say. She just can't remember. She remembers her feelings, the emotions she felt as she could unwind every centimeter of her tortuous mind, long time ago when she was still alive. She remembers love, the immense love she carried in her heart, the love she felt by looking into his eyes — but, whose eyes were those? She remembers how she felt but she can't remember anything else. And she kept stuck in a loop, feeling the feelings she had when she lived, living that same love again inside her head, but without linking it to someone's face. Would that mysterious guy be waiting for her? Was he long gone too? And what happened to them? 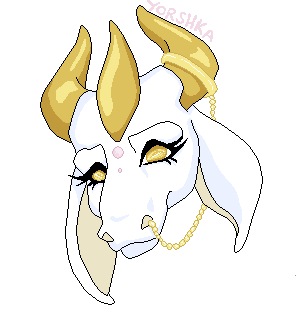 What kind of Heaven was that, that separated both from such a strong love?
Her biggest desire was to remember his face, to touch him, to make him feel the same things she does when she remembers. And she needs to find him. She asked around, and begged for information about her past, back there when she lived on surface, she had to find someone that would let her know what was of it. Who was her soulmate? Does he too remember of their love? And will she be remembered too?
You see, God won't answer to all your questions.

Instead, He will guide you to them.

This is how Yorshka managed to escape Heaven; as much as war may be so cruel, she found in its chaos the opportunity to leave, so that she could come back to the livings and learn about herself. Well, not alone, for her best friend will help her in this hunt. After all, there is an angel who will try to take her back, for angels do not belong outside from Heaven. Not to mention evil creatures lurk in the dark, waiting for an easy prey.
Yorshka will collect any letters, any piece of paper, photographs and anything that leads her to said mystery lover.
Otherwise she can't rest in peace back up there in Heavens.
And she needs to remember it so, so bad...

"But I know the pain
Of leaving everything really far behind
And if I could cry
And if I could live what truth I did then take me there
Heaven goodbye... "

Azulmar;
Story and art by me (

Study of Amie and Her Nurse Print

The Lone Dancer in the Blue Tutu Print Kaeria
Friend of heart. Thank you! Korax
But I need to find out! Egan
Could you help me? Serona
Thanks, that's so sweet. Svetta
If only someone could help me...