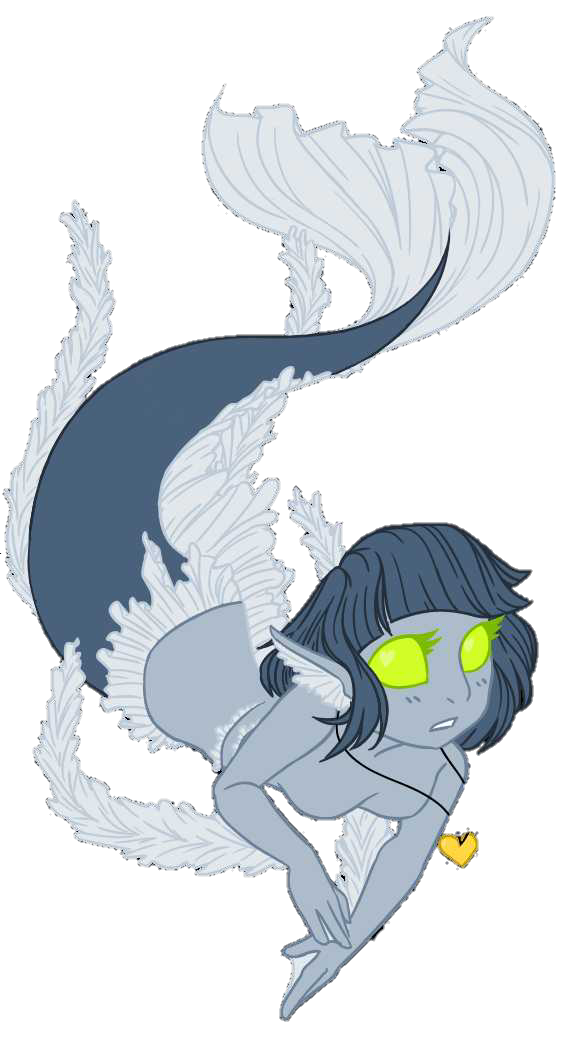 In the gloomy town of Opfern, there is tale of a mermaid with translucent scales and luminous eyes. It is said that a widowed fisherman caught her in the same sea that had claimed his wife. He kept her locked in an aquarium in his basement, weary to show another soul out of paranoia and greed. Until his son returned home, he knew he could trust his own blood. His son had been on the road for some time and questioned the fisherman's intent. The fisherman insisted that it was fate, he was meant to protect this mermaid. Despite what he said, his son could see that this was no sanctuary; it was torture. Upon bonding with the mermaid, his son plotted for her release. Alas, the fisherman caught on and a brawl ensued. The world was an infinitely beautiful thing to be kept from. The son wasn't going to back down. Ultimately, it ended in the fisherman's own death. The son granted the mermaid her freedom. Before they parted ways indefinitely, he gave her a golden heart-shaped locket that belonged to his mother long ago.
The mermaid would never forget the act of compassion and sacrifice he had made for her.

cloudSTRIFE
Story and coding by

Aeon for letting me adopt! ♡

Toad in the Doughnut Hole