Zoe Baker has a minion!

minion
profile
friends
treasures
three
four
five
back
profile template by Lea.
Bre never much liked the family cabin; the wind crept through the walls like insects, creaking and squealing just loud enough to wake her at all hours of the night. The floorboards groaned in protest, every step threatening to cause them to give way at the slightest movement. The air thick and heavy, coating her mouth and lungs with a layer of dust and mildew. Yet, every month her mother brought her there, despite her protests.
This time, just like always, Bre packed her things in a flurry of complaints and under-her-breath comments, slamming her belongings around and furiously texting melodramatic goodbyes to all of her friends, "just in case I die of boredom."
This time, like always, she pointedly ignored her mother, speaking to an invisible mediator, and refused to so much as look up from her phone for the entire 45-minute drive. And as always, her mother tried to let the insults thrown by her daughter wash over her shoulders, telling herself she doesn't mean any of it. Instead, she focused on the beautiful rolling hills surrounding the roads; the leaves changing color, painting the landscape a warm rustic orange. The coming of Autumn holds many significant things for Lana; this Autumn in particular. This visit will be different than any other for herself and her daughter.
She pulls into the driveway and notices that Bre had fallen asleep at some point, sure to navigate the bumpy terrain carefully, so as not to wake her. The drive finally over, Lana puts the car in park and turns it off, placing the keys in her purse. She left her cell phone at home; the cabin, "all the way out in BFE," according to Bre, had very spotty cell reception. She grabs Bre's phone and taps the home button.
"No service."
Lana smiles as she looks at her daughter, almost looking at a glimpse of her past. Her daughter is nearly a mirror image of herself at sixteen. She brushes a few chestnut strands of hair behind her daughter's ear and leans in closer. "one day you'll understand, my love."
Bre stirs. "Hmm?"
"We're here, Bre." 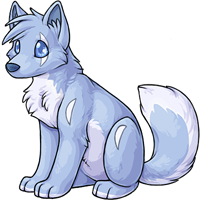 pet friend 4
three
another section
honestly idk why anyone would need this many, it just seemed like a good idea at the time