Note: This page is just for fun. I am just putting out theories I have found and thought were interesting.

The Hidden Universe Theory
Is the universe really big but finite, or is the universe infinitely big? Whichever you answered, you're correct either way. Let's think about it.
There are only so many ways matter can arrange itself within a universe that is infinite. Eventually the matter has to repeat itself in similar or identical ways, thus meaning that if indeed the universe is infinitely large, it is also the home to infinite parallel universes. Research has suggested that our universe, as in the one we are aware of and exist within, is actually one of many universes in a grander multiverse, which can be described as a consequence of our current understanding of theoretical physics. 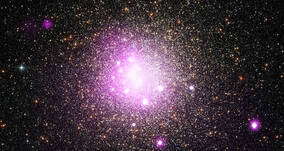 If pushed deeply enough into the descriptions given from a mathematical point of our existence, you cannot avoid having some version of multiverse in your path. If parallel universes are such an existing phenomena, then it is quite the understatement to at the very least say that it is a magnanimous upheaval in human understanding.

Quantum Mechanics, Relativity, and String Theory
Quantum mechanics general relativity could very well explain such occurances with a theory known as the string theory.
In esesnce, this theory recociles a mathematical conflict between two ideas long accepted in the physics world; quantum mechanics, and theory of relativity. 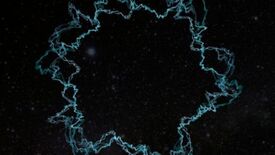 String theory can smooth out the inconsistencies arising from the collision of the two ideas, these being that quantum mechanics explains "small" occurances or events, and general relativity can explain "big" occurances or events.
The theory posits that the universe can be explained in terms of "strings" that vibrate on 10 to 11 dimensions (dimensions that we cannot see) and if this exists, then we can explain anything in the universe including gravity, laws of speed and sound, and subatomic particles there within.
So, assuming the validity of string theory, there are a few multiverses to consider. In such, we discuss that we as humans can be living on a gigantic surface, and there could be other surfaces floating other places in space.

Consciousness
Physicists are interested in mind and matter, which in turn creates curiosity for the paranormal. Quantum mechanics is, in essence, the first theory in the physics world that the observer has to be taken into account. That said, one may not separate the observer from a system that is being observed, but be that as it may, the role of consciousness in the process is quite controversial.
In the four levels of a theoretical multiverse, it is that an infinite universe may contain another copy of earth somewhere, other distance regions of space have the same laws, other universes where they may lie a possibility that it exists, and distinct universes may not be connected to ours in any meaningful way.
But consider if it were meaningful.
Physicists suspect that whether or not consciousness influences quantum mechanics, it might in fact then arise because of it. This leads to speculation that then indeed quantum theory might be needed to understand the way a human brain works. What if then, there are molecular structures in our brains that are able to alter the state of response to a quantum event? 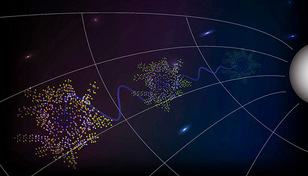 The structures could then inherit a superposition state. Incompatible mental states are then realized as not a flaw in perception, but a real quantum effect. Indeed, we could assume that we could make progress of understanding consciousness if we supposed then that consciousness alters quantum probabilities.

Supernatural Phenomena
We must consider "supernatural" phenomena such as out of body or near death experiences. People have these experiences no doubt, but how do we interpret them? Consider if a human brain had a sort of filter on it that would prevent us from experiencing other realms, then the ability for consciousness to move outside of the body would be an indication for a quantum explanation.

Consider quantum entanglement, when two objects that come from the same place are separated by time and space but react similarly and simultaneously no matter where they are in the universe. It means they are connected outside of time and space and communicating faster than the speed of light. This could explain a phenomena of consciousness receiving, translating, and outputting further communication within the separation of body and mind itself.

Accounts from the Pandemic